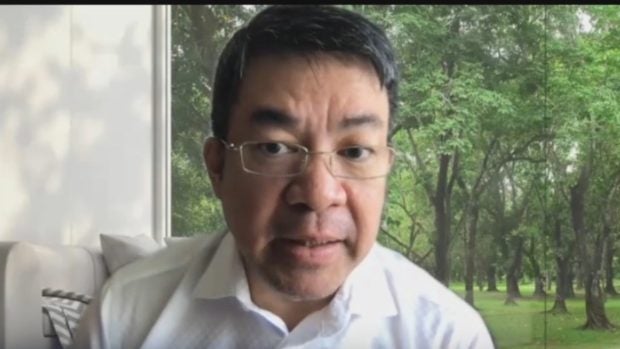 (The one with the problem is them. Because they’re tied down to one candidate, that’s Senator Pacquiao.)

(They are the one with problems because they’re set on the idea of Senator Pacquiao as the only potential candidate of PDP-Laban. That’s why there’s a problem. That’s where the problem started.)

Earlier, Pimentel, executive vice chairman of the party, suspected that the faction led by ousted PDP-Laban vice chairman Energy Secretary Alfonso Cusi wants to push an “outsider” as the presidential candidate for the party in the coming elections. Matibag belongs to Cusi’s faction.

Pimentel alleged that Cusi’s group is hiding its presidential bet as he reminded that the party should first sift through its own members for potential candidates before fielding someone from the outside.

Pimentel said the supposed secrecy of the Cusi-led group was the reason behind the conflict within the party.

But Matibag attributed the cause of the problem to the other camp.

(When they saw that President Duterte’s vice presidential run was being pushed, they thought that he might not pick Pacquiao as his running mate, that’s what happened. It became chaotic.)

Pacquiao had earlier warned Cusi about attempting to “divide” the party after the latter reportedly went around the country consulting with their party mates regarding a resolution urging Duterte to run for the vice presidency in 2022.

That resolution was adopted by PDP-Laban during a national council meeting led by Cusi on May 31, an event opposed by Pacquiao, who said the meeting was unauthorized.

Turns out, it was party chairman President Rodrigo Duterte who directed Cusi to conduct the said meeting.

On July 17, the Cusi-led faction will hold a national assembly, which will be presided over by Duterte.

Both Pimentel and Pacquiao earlier said they would skip the “unauthorized” event.