Countries stricken or threatened by famine 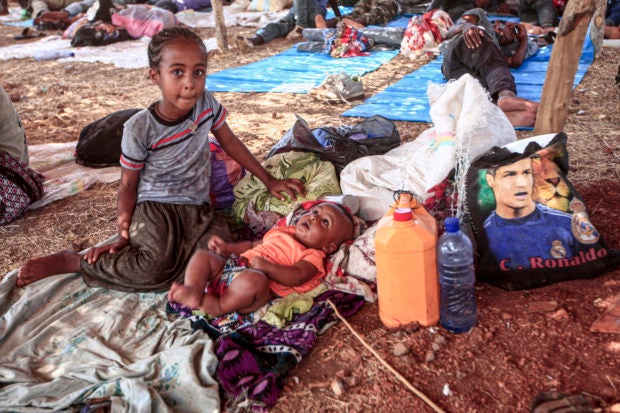 PARIS — Several countries are already afflicted or threatened by famine, whether due to war, climate change or Covid-19, as the Food and Agriculture Organization (FAO) warns against worsening hunger around the world.

The NGO Oxfam on Friday estimated over half a million people are living in “famine-like conditions” around the world, six times more than the previous year.

Here are some examples:

The United Nations warned a month earlier that more than a million people in the south were facing “acute food insecurity”.

The current situation has been brought on by years of persistent drought, worsened by sandstorms, the UN says.

Yemen, at war since Huthi rebels took the capital Sanaa in 2014, is faced with the worst humanitarian crisis in the world.

Around 50,000 people there are famine-stricken, while five million people are on the brink of famine, according to the WFP.

Over 400,000 people have “crossed the threshold into famine” in Ethiopia’s war-torn Tigray region, a senior UN official said in early July.

Another 1.8 million people are on the brink of famine in the brutal eight-month long conflict.

The European Commissioner in charge of crisis management, Janez Lenarcic, has accused Ethiopia of using famine as a weapon of war, as aid workers are prevented from entering Tigray.

A famine is ravaging certain areas of South Sudan’s state of Jonglei, according to UN agencies.

Some 7.2 million people are expected to suffer a food crisis with malnutrition or minimum nutrition between April and July in the country, which has been gripped by civil war.

– Other countries under threat -The WFP says that 41 million people are on the brink of famine in 43 countries, including Afghanistan, the Central African Republic, the Democratic Republic of Congo, Ethiopia, Haiti, Honduras, South Sudan, Sudan, Uganda, Venezuela, Yemen and Zimbabwe.

Measures taken against the coronavirus pandemic have pushed millions of people into unemployment and poverty, leaving governments and donors with fewer resources to respond to the food and nutrition needs of the most vulnerable, it says.

“Unfortunately, once a famine is declared it is already too late. Thousands of people are already dying of hunger,” it says.