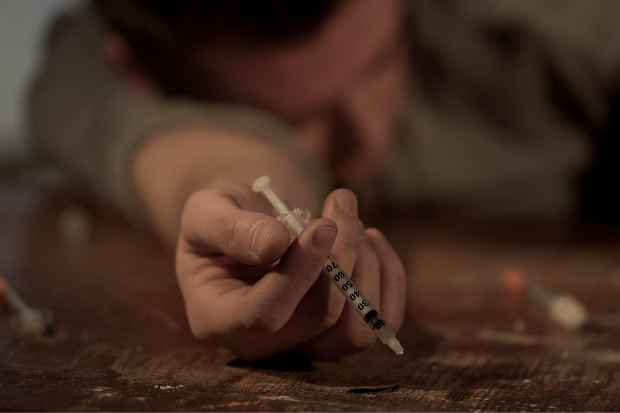 Instead of having her arrested, a man ended up changing the life of the young woman who stole his dog after finding out she was addicted to fentanyl.

Brayden Morton, 35, was working at his home in British Columbia, Canada, on June 18 when his beloved pet was stolen from his backyard by a woman driving a blue Ford truck, as per The Washington Post yesterday, July 12.

Morton immediately began running after the truck, but could not catch up. He then called the police for help to look for Darla, his 3-year-old Chinese Shar-Pei.

“It honestly felt like my world had just come crashing down on me,” he was quoted as saying. He then decided to ask for help via Facebook in hopes of reaching other residents in the city of Cranbrook.

Just a night after he asked for help online, Morton was flooded with almost 500 messages giving leads from “all across the world.”

After getting false reports, Morton finally received a call from a woman who was just crying on the phone and could not talk.

Morton then recalled saying to the woman over the phone: “Listen, I’ve messed up a lot in my life, and I’ve been forgiven for a lot of things I did. I’m not mad at you.”

The woman, whose identity was withheld, then agreed to meet up with Morton to return Darla at a nearby gas station, the report said.

True enough, Morton did find the pair at the said location and described reuniting with Darla “one of the most overwhelming feelings I’ve ever felt.”

Morton then sensed that the 20-year-old woman was just crying uncontrollably as she returned what she had stolen from the pet owner.

“She is just a kid, and she was standing there bawling. I went and gave her a hug, and I said, ‘It’s all right,’ ” Morton was quoted as saying.

After talking to her for a few minutes, Morton recalled realizing that the woman was a fentanyl addict, just like he was before.

Morton described his past self as a “hopeless addict who was never supposed to get better,” revealing that he had been addicted since he was a teenager.

He admitted that he was in and out of treatment 16 times back then, but finally decided to get treatment after a near-death experience.

Morton shared his story with the woman, who turned out to have been homeless for several years now and had been selling her body for drug money, according to the report.

She said she wanted to get treated, but was afraid, a sentiment Morton shared as he admitted that getting treatment was “the scariest thing I’ve ever done in my life, but it’s also the most enlightening experience I’ve ever had.”

The woman also admitted that she, along with two other people, planned on selling Darla online, but that after seeing Morton’s Facebook post, she decided to return her as “she couldn’t live with herself.”

The two talked for about 30 minutes when Morton decided that he was not going to give the $6,000 reward to the woman out of fear that she would use it on drugs. Instead, Morton offered to use the money for her treatment at a rehabilitation center, which the woman agreed to.

Morton then immediately contacted Susan Hogarth, the executive director of the Westminster House Society, a non-profit organization and addiction recovery program for women.

Hogarth told the newspaper that Morton will be supporting the woman in the 90-day treatment program that costs $22,000 while waiting to get funding for her. A small portion of the cost will also be shouldered by the government.

After getting sober himself back then, Morton began volunteering at the rehab center he attended. In 2018, he became a clinical drug and alcohol interventionist, the report said.

To further help in changing the lives of those suffering from addiction, Morton also created the free service Find the Right Rehab. Ian Biong /ra