Data privacy is given importance in cops' use of body cam, PNP assures CHR | Inquirer News

Data privacy is given importance in cops’ use of body cam, PNP assures CHR 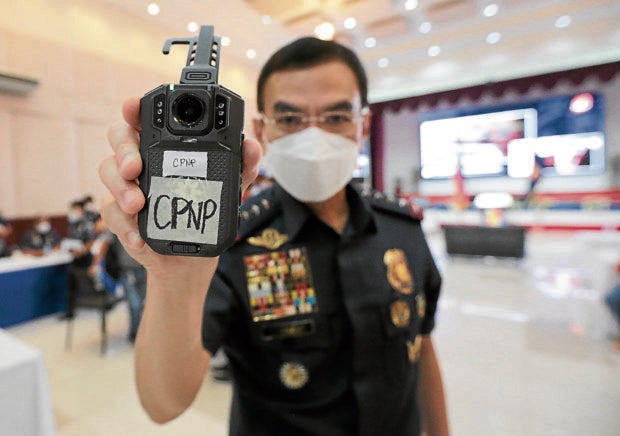 MANILA, Philippines — Philippine National Police (PNP) chief Gen. Guillermo Eleazar on Tuesday assured the Commission on Human Rights (CHR) that data security was “given primary importance” in the police guidelines on the use of body-worn cameras during operations.

Mechanisms to ensure proper data management and privacy in the use of body cameras in police operations are in place, Eleazar said in a statement.

“I assure the CHR that in the crafting and issuance of the Supreme Court’s guidelines on the use of body-worn cameras, data management and privacy were given primary importance in our honorable Justices’ deliberations,” he said.

According to Eleazar, the technical working group tasked to incorporate the protocols created by the Supreme Court with rules by the PNP is also making sure that data privacy issues are all addressed.

(Provided under the Supreme Court’s resolution is giving importance to data privacy and protecting information gathered through body-worn cameras.)

Eleazar further said the PNP will continue to coordinate with the National Privacy Commission on data management and security.

The CHR earlier urged the police to be cautious of data privacy in its use of the cameras and expressed “high hopes” that it would result in more transparent police operations.

The system of using body-worn cameras was first introduced in 2019 “to ensure transparency and the legitimacy of law-enforcement operations.”

The PNP chief said the cameras will be used in regular patrolling and anti-illegal drug operations “as much as possible.”

A total of 2,696 body cameras were initially distributed to 171 city police stations and offices nationwide, the statement said.

Eleazar previously said that the PNP needs at least 30,000 body-worn cameras to provide all police stations and units with them for use in operations. Faith Yuen Wei Ragasa, INQUIRER trainee