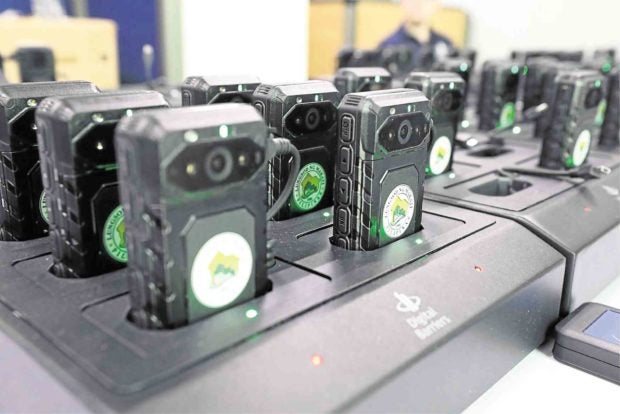 “As much as possible, gamitin natin dyan. Well at least, during the implementation or service of search warrant,” Eleazar said in an interview over ABS-CBN News Channel when asked if body cameras would be used in anti-drug operations.

(As much as possible, let’s use it for that. Well at least, during the implementation or serving of search warrant.)

“That was our comment or our suggestion to the justices of the Supreme Court when we had this dialogue with them,” he added.

“In our case, ito pong mga normal patrolling dadalhin din po natin yan. So each city police station was given units nitong body cam which could be used, maximize the use of this, in the conduct of not just operations but regular patrolling,” Eleazar said.

(In our case, it will also be brought in normal patrolling. So each city police station was given 16 units of body cam which could be used, maximize the use of this, in the conduct of not just operations but regular patrolling.)

The Supreme Court is drafting guidelines and protocols for the use of body-worn cameras in police operations.

The PNP has so far distributed nearly 3,000 body cams to various city police stations and is eyeing to acquire 30,000 more units.