MANILA, Philippines — Malacañang on Thursday defended as “newsworthy” events the meeting of President Rodrigo Duterte with his Partido Demokratiko Pilipino – Lakas ng Bayan (PDP-Laban) party as well as the press conference of the People’s Reform Party on its endorsement of Davao City Mayor Sara Duterte’s possible presidential bid in the 2022 polls.

Presidential spokesperson Harry Roque said coverage of the two events was justified. This includes the airing of the two-hour meeting and the press briefing on state-run PTV-4, with the airtime being paid by taxpayers.

(As I know it, whenever it’s newsworthy, it’s covered. Because if they don’t air it, they will get scooped. PTV is still a news agency.)

The two-hour meeting of PDP-Laban, which was aired on Wednesday afternoon, was held seemingly to convince the President to run for vice president in the 2022 elections.

During the course of the meeting, party members took turns in praising the President, who currently chairs the PDP-Laban party. Party members told Duterte that he needs to gun for the second-highest post in the country for “continuity.”

Among those present in the meeting were PDP-Laban vice chairman and Energy Secretary Alfonso Cusi, who presented to Duterte petitions for the President to join the race for the vice presidency, Senators Bato dela Rosa and Francis Tolentino, PDP-Laban executive vice-chairman, and Speaker Lord Allan Velasco, who said he would want Duterte to extend his term if it were possible. 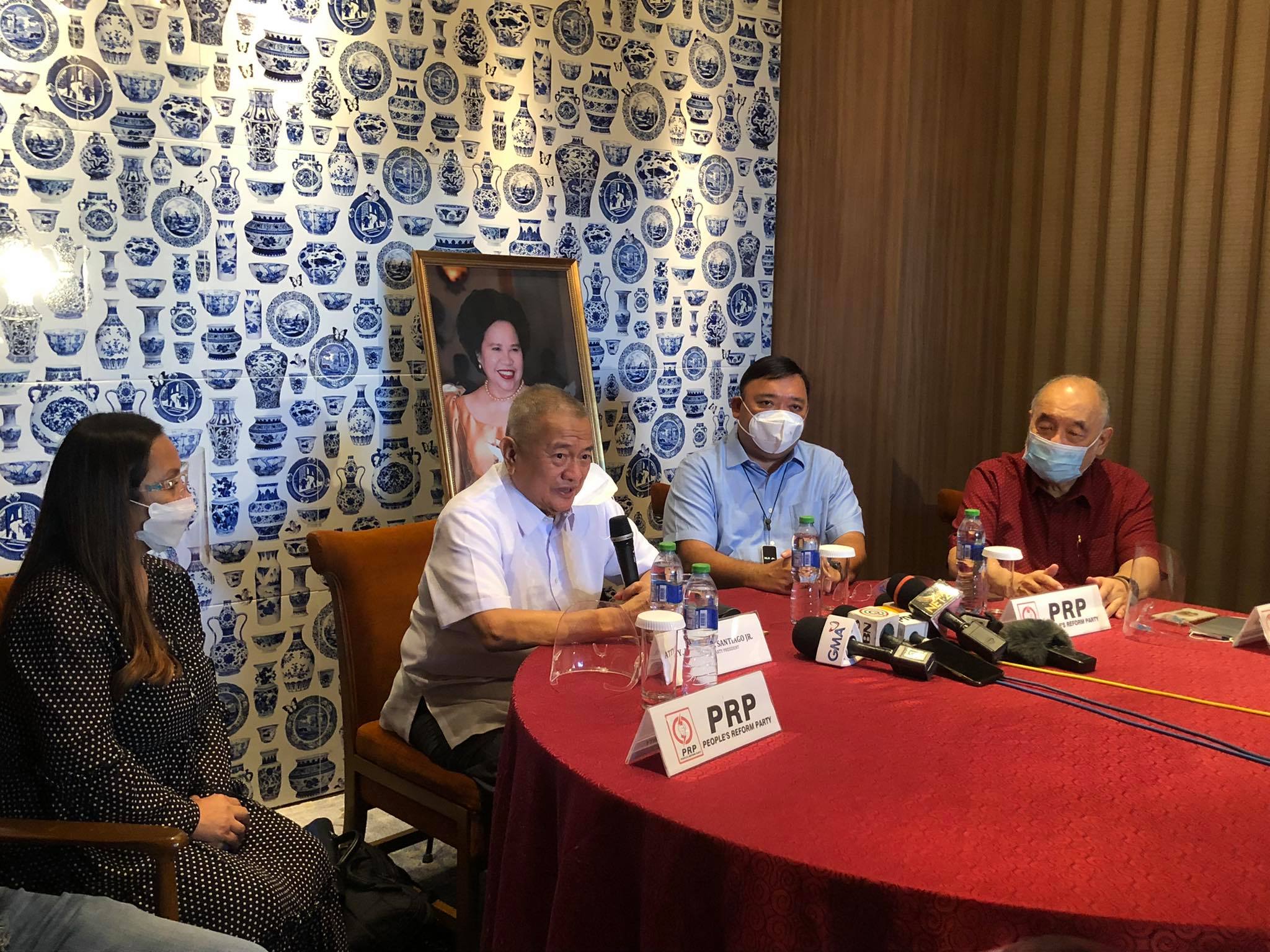 During the meeting, Duterte said he is “sold to the idea” of running and is “seriously thinking” of running for the vice presidency but is being held back by the idea of having a President whom he is not “friends” with, which could render him “inutile.”

Bayan Muna Rep. Carlos Zarate described the airing of the PDP-Laban meeting, which used “government time and resources” as “an unabashed display of impunity” especially since it is “clearly partisan political activity.”

“The President has always been chairman of PDP-Laban and there’s simply no way to separate the political personality of the president from his functions,” the Duterte mouthpiece said.

“Because halal nga siya ng taumbayan, his position is principally political,” he added.