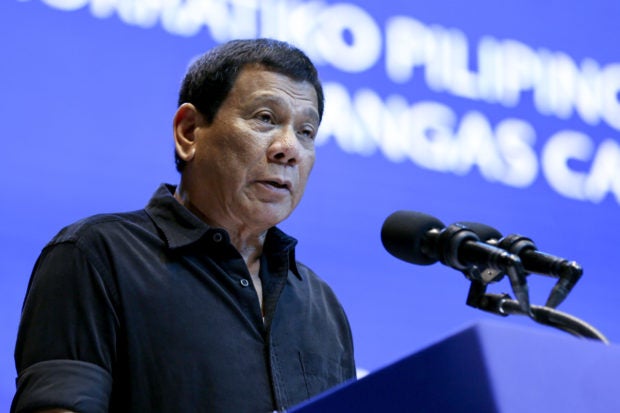 This was how Bayan Muna Rep. Carlos Zarate described Thursday the use of “government time and resources” in airing the meeting of the ruling political party PDP-Laban. which, he stressed, was “clearly partisan political activity.”

Zarate questioned Wednesday’s airing of the PDP-Laban meeting on the People’s Television Network (PTV) and the Presidential Broadcast Staff Radio Television Malacañang (RTVM), pointing out that airtime on these government media channels “is paid for by taxpayer’s money.”

President Rodrigo Duterte is the chairperson of the political party.

“This is an unabashed display of impunity in using government time and resources for a clearly partisan political activity aimed at pandering the whims of Pres. Duterte to escape accountability and extend his tyrannical influence, control, and power beyond June 30, 2022,” Zarate said in a statement.

“The said two-hour meeting, aired entirely on government-run PTV 4, whose airtime is paid for by taxpayer’s money, was held seemingly to convince Duterte to run for vice president in the 2022 elections,” the lawmaker added.

Zarate said the Duterte administration is “trying to expand the media mileage” especially as the meeting is also televised on other mainstream media networks.

“Has the government station become the private property of PDP-Laban or is it in line with Pres. Duterte’s penchant for claiming taxpayer’s paid services and personnel as his own?” Zarate said.

“Is this also the reason why RTVM and PTV always have airtime for favored presumptive candidates of the president, especially when the program is simulcasted with other networks?” he added.

During PDP-Laban’s meeting, Duterte once again floated the possibility of running for vice president in the 2022 national elections.

The president said that while he is “seriously considering” running for the vice presidency, he is being held back by the idea of having a President who is not his “friend.”

READ: Duterte says new President must be friend of his for him to function well as VP

Several PDP-Laban members have been urging Duterte to run for vice president in the upcoming polls.

Duterte’s daughter, incumbent Davao City Mayor Sara Duterte-Carpio, is rumored to be vying for the presidency in 2022, with supporters believing that she should clinch the most powerful seat in the country and succeed his father.