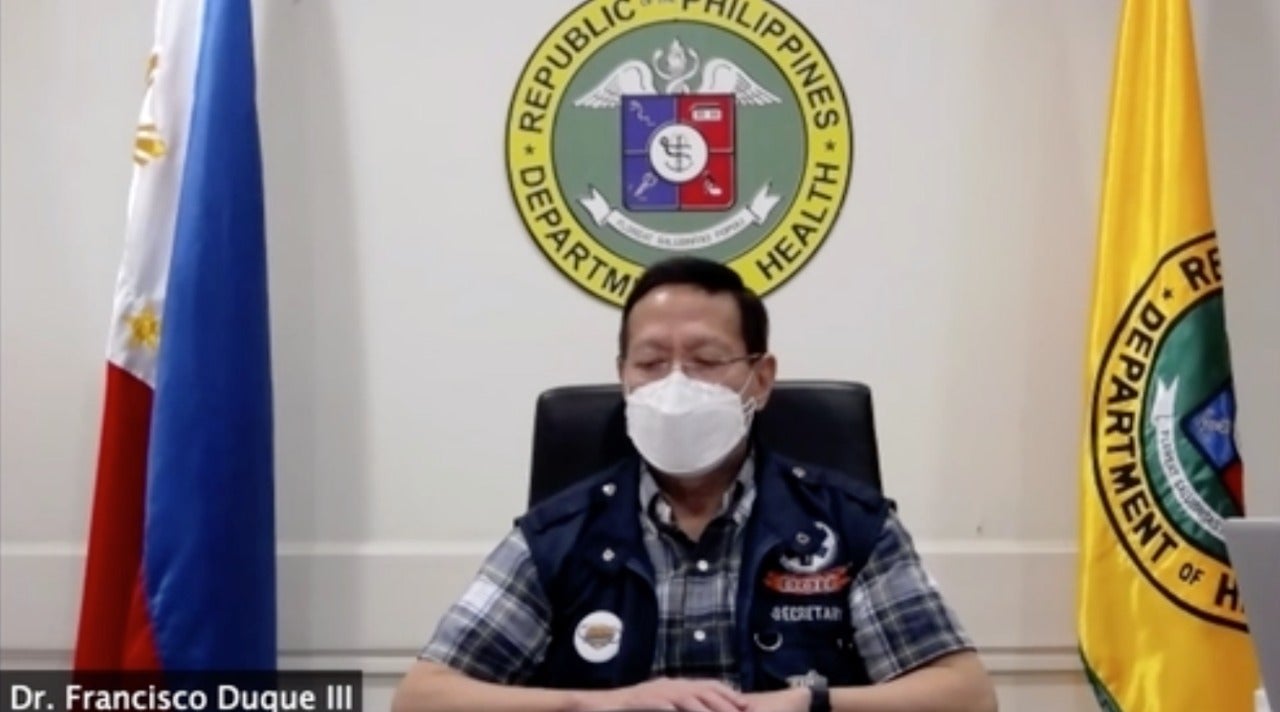 MANILA, Philippines — Health Secretary Francisco Duque III said Thursday he has already submitted to Senator Manny Pacquiao the fund utilization report of the Department of Health (DOH) for Bayanihan 1 and 2.

Duque said he submitted the report to Pacquiao on Wednesday night after the senator challenged the DOH to submit an accounting of its expenses for the pandemic response. To recall, Pacquiao mentioned the DOH when President Rodrigo Duterte dared him to name corrupt government agencies.

“I have sent the documents last night as I have committed, so if there is any hearing, we will be very glad to be there and to show a full accounting of all the funds or budget that have been allocated to the DOH,” Duque told ABS-CBN News Channel.

According to Duque, of the P45.7 billion the DOH received from Bayanihan 1, P44.7 billion or 98 percent have already been obligated. Meanwhile, the disbursement of the obligated amount is P41.8 billion or 93 percent.

(So we have a balance for allotment of P975,602,000. I sent all these reports to Senator Manny Pacquiao yesterday night.)

“It’s unfortunate that during the eight-hour marathon hearing last June 14 about the budget required for the national vaccination program against COVID, wala namang naitanong ni isa tungkol doon sa budget (he did not ask anything about the budget),” he added.

For Bayanihan 2, he said P17.26 billion was provided for 2021, of which 87 percent or P15 billion has been obligated. He said the disbursement rate over the obligated amount is P10.67 billion at 71 percent. The remaining balance for allotment is P2.2 billion.

Duque also denied that the DOH has procured rapid test kits. Pacquiao earlier called for a scrutiny of where the supposed funds for rapid test kits have gone.

The Health Secretary earlier called Pacquiao’s accusations “baseless” as he assured the readiness of the DOH to submit a report on how the DOH’s funds were allocated.

Duterte to Pacquiao: Name corrupt agencies or I’ll campaign against you