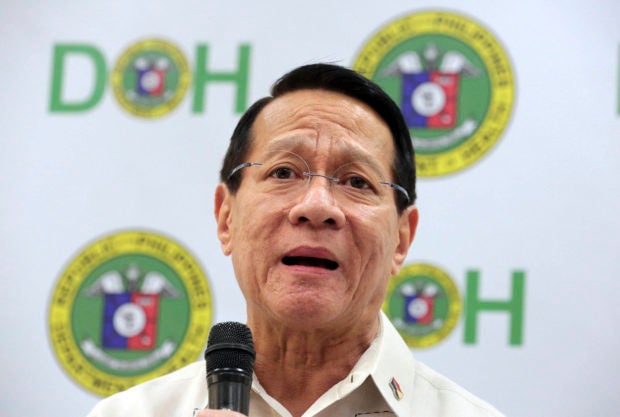 MANILA, Philippines — Health Secretary Francisco Duque III said Tuesday he was “disheartened” by “baseless accusations” of Senator Manny Pacquiao, who called for an investigation on the expenses of the Department of Health (DOH) in addressing the pandemic.

In a statement, Duque said the DOH has always been transparent regarding its use of funds.

“While we are disheartened by these baseless accusations from our government officials, we submit ourselves to inquiries from legislators as this is a part of the checks and balances in our government,” said Duque.

“I have always been a champion of good governance and the DOH has always been transparent with regard to our fund utilization,” he added.

Duque assured that the DOH is ready to disclose where the loans for vaccines were allocated. He also explained that the department has to rationally use its funds to implement the Universal Health Care Law and ensure the delivery of other health services during the pandemic.

He also said that the Department of Finance has already provided an explanation on the loans for vaccines before the Senate committee of the whole. He noted that the funds directly go from the funding agency to vaccine manufacturers and do not go through the DOH.

(Let’s start with the DOH. Let’s take a look and scrutinize all the rapid test kits, the PPE sets, masks and other items it procured.)

(Are you ready Sec. Francisco Duque to show everything that the DOH has spent? Where did all of the money we borrow for the pandemic response go?)

(The pandemic is not yet over. As one country, we should only have one goal—and that is to knock out COVID-19.)