Roxas ‘sad’ that pal Noynoy Aquino did not experience ‘joys of having wife, kids’ 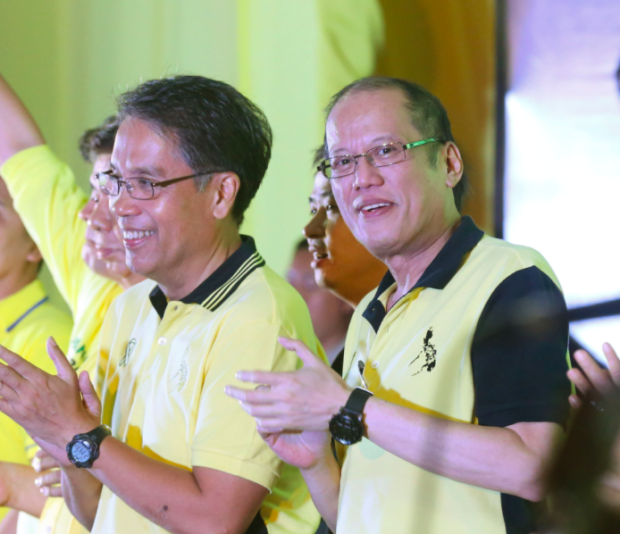 MANILA, Philippines — Former Interior Secretary Manuel “Mar” Roxas on Monday lamented that his friend and running mate, former President Benigno S. Aquino III had not settled down with a wife and experienced fatherhood before his demise last June 24.

“If there’s any regret, I’m sad he passed at a young age,” Roxas said over Teleradyo on Monday. “But I’m really really sad, na (that) he died alone, that he did not experience the joys of having a wife and kids.”

“Malungkot lang ako na na-miss niya yun, bilang kaibigan niya,” he added. (I am sad that he missed that experience, as a friend.)

Incidentally, Roxas is married to Aquino’s erstwhile girlfriend, television host Korina Sanchez, with whom he has twin children. Roxas has another son with a former girlfriend.

Aquino, the only son of two democracy icons, former president Corazon C. Aquino and former Senator Benigno “Ninoy” Aquino Jr., passed away peacefully in his sleep on Thursday. He succumbed to renal disease secondary to diabetes.

Yolly Yebes, the late president’s house help for 30 years, was the first to discover PNoy’s body.

“Can you imagine, he died in his sleep alone?” Roxas lamented. Sad, it’s very sad.”

The 15th president’s cremated remains were now laid next to his parents at the Manila Memorial Park in Sucat, Parañaque.