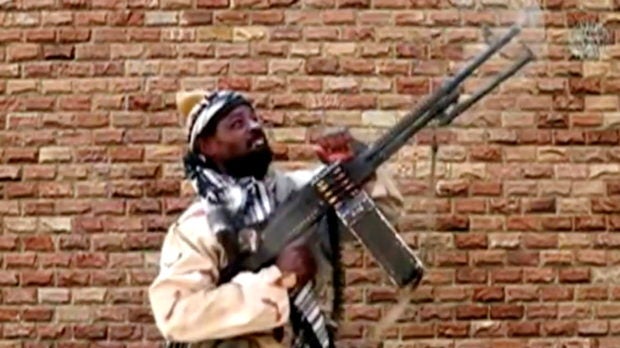 Leader of one of the Boko Haram group’s factions, Abubakar Shekau fires from a weapon in an unknown location in Nigeria in this still image taken from an undated video obtained on January 15, 2018. REUTERS FILE PHOTO

MAIDUGURI/ABUJA — A group of fighters from Nigerian Islamist group Boko Haram pledged allegiance to rivals the Islamic State West African Province (ISWAP) weeks after the former group’s leader died, according to a video seen by Reuters.

The video fuels fears that ISWAP is consolidating control of the insurgency in northeastern Nigeria following the death of Boko Haram leader Abubakar Shekau last month. But not all observers are convinced the video is proof that all Boko Haram fighters are ready to join ISWAP.

The groups engaged in a violent rivalry for years, and if ISWAP absorbs Boko Haram fighters, it could focus attention on attacking the Nigerian military.

Some 350,000 people have died as a result of the 12-year insurgency and subsequent humanitarian crisis, the United Nations said this week.

The video, produced by Islamic State’s official media arm, showed clips of several hundred men, many of whom were armed, gathering in the bush. Several made statements to camera.

“We will unite together to fight the (unbelievers),” one Boko Haram fighter said in Hausa. “What will happen now will by far exceed what transpired in the past now that we’re united.”

Vincent Foucher, a researcher at the French National Centre for Scientific Research who is an expert on the conflict, said the video adds to evidence that ISWAP was gaining control.

“It is one more indication that ISWAP has won,” he said.

Foucher said other indicators of ISWAP’s consolidation of power included its claims of attacks in areas that had been Boko Haram zones of influence and a significant drop in violence against civilians in areas where Boko Haram operated.

However, Bulama Bukarti, a senior analyst with the Tony Blair Institute for Global Change, dismissed the video as propoganda, noting that it did not feature senior Boko Haram leaders.

“I think Boko Haram is still very much divided and they will continue to fight each other,” Bukarti said.