“It is with profound grief that on behalf of our family, I am confirming that our brother Benigno ‘Noynoy’ S. Aquino III died peacefully in his sleep,” the family’s statement announced, as read by his sister, Pinky Aquino-Abellada.

“His death certificate pronounced his death at 6:30 a.m due to renal disease secondary to diabetes,” she added.

Aquino-Abellada said their brother had been “in and out” of the hospital even prior to the COVID-19 pandemic.

(He is a private individual. Even before the pandemic, he had been in and out of the hospital.)

(To all his true friends who did not miss paying him a visit, texting him, sending him food, accompanying him and protecting him – thank you.) 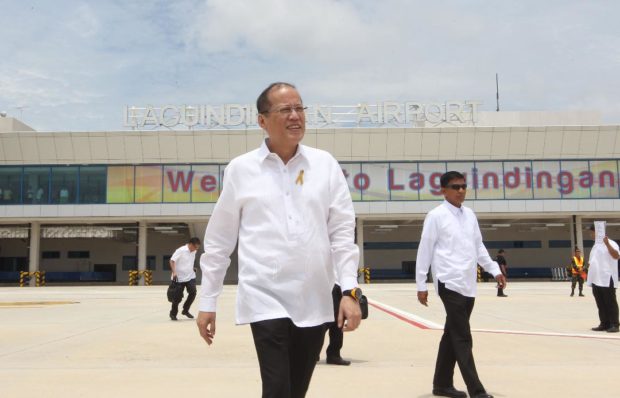 Admitting how hard it would be to accept his passing, the Aquino family lauded Noynoy for his “mission accomplished.”

“No words can express how broken our hearts are and how long it will take for us to accept the reality that he is gone,” Aquino-Abellada said.

“Mission accomplished, Noy. Be happy now with Dad and Mom. We love you and we are so blessed to have had the privilege to have had you as our brother. We’ll miss you forever,” she continued.

The former president remained quiet even when he was being attacked and ridiculed publicly – something their family admitted feeling hurt about.

(It hurt us that he quietly accepted all criticisms. It struck his siblings when we told him to speak out and fight against the wrong hearsays, but his answer was simple. He can still sleep soundly at night.)

(For the rest of our lives, we will be in debt of gratitude for what you have given to our brother. Thank you very much.)

Aquino, the only son of late former president Corazon C. Aquino and late former senator Benigno “Ninoy” Aquino Jr., served as the 15th President of the Republic of the Philippines from June 30, 2010, to June 30, 2016.

His first crack at politics was in 1998, after winning a seat in the House of Representatives as congressman of the province’s second district. He represented Tarlac in Congress for three terms.