The report said that Rivero, 39, was in a stable condition after being treated at the Philippine Heart Center and, later, St. Luke’s Medical Center.

Quezon City police said that Rivero was stabbed inside his home on Masikap street in V. Luna, Quezon City, at around 3 a.m. They said that the wounded actor-director drove himself to the hospital after he was allegedly stabbed by Hans Ivan Ruiz, 22, whom Rivero met over Facebook five months ago.

Ruiz maintained that he had no clue as to how Rivero sustained the stab wounds but said that it happened while he slept beside the actor-director. “We were sleeping when he started yelling, ‘Don’t stab me!’” he said.

Ruiz said that he saw a knife beside Rivero but did not know where it came from. “He thought I was the one who hurt him. I also thought he was going to kill me so we struggled over the knife,” he added. 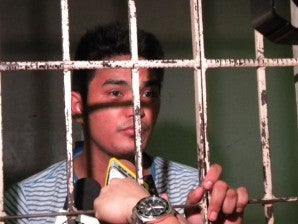 In his report, however, case investigator Police Officer 3 Antonio Torrente, also of the QCPD Station 10 in Kamuning, stated that “while the victim was asleep, the suspect, motivated by ill feelings and with intent to kill, stabbed the victim several times on his body.”

Torrente said that Rivero, roused from sleep, ran to the toilet to escape but that Ruiz followed him and tried to choke him with a towel.

Rivero was able to free himself and seek assistance from neighbors, who nabbed Ruiz and took him to the police. Ruiz is currently jailed at the QCPD Station 10.

In his statement, Ruiz said that he offered to take the actor-director to the hospital, although police said Rivero drove himself to the hospital. “At around 4:30 a.m., we received a call from the hospital saying that there was a man who was stabbed. His vehicle was full of blood,” said Sañoza.

The report stated that when responding police arrived at Rivero’s home, they saw Ruiz clutching the actor-director’s bag, which contained a laptop, two cell phones and several personal items.

Ruiz said that Rivero had instructed him to get valuables from his home before heading to the hospital.

“We are just friends… I rarely sleep over and I only do it when he asks me to,” Ruiz said. He stated that he met Rivero on Facebook five months ago.

Ruiz’s live-in partner, Christine Ann Cortez, 20, also of Meycauayan, Bulacan, told the Philippine Daily Inquirer at the station that Ruiz’s father had just been admitted at a hospital in Bulacan for high blood and asthma on Sunday evening.

At around 10 p.m., Ruiz had told her he would be meeting with Rivero in Quezon City. “It seemed like he was going to borrow money,” she stated.

She was surprised, she said, when Ruiz texted her on Monday that “something had happened.”

Ruiz was mauled by the people who apprehended him, she said. He suffered a bruise on his neck.

Cortez, also one-month pregnant with Ruiz’s child, said Ruiz claimed innocence. “I can’t imagine him doing what they say he did. He is a good man, the breadwinner of his family, and he has an office job,” she said, in Filipino.—With Danica Hermogenes and Frances Mangosing, Inquirer.net 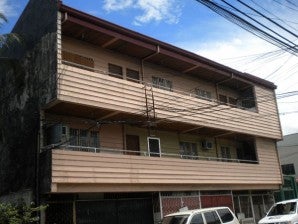 The apartment on No. 5-A Masikap street in Quezon city, where actor-director Ricky Rivero lives. INQUIRER.net/Danica Hermogenes