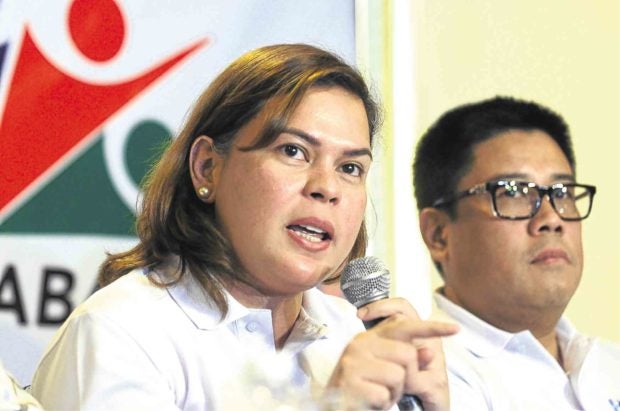 The daughter of President Rodrigo Duterte herself revealed this Wednesday, saying that officers of her Hugpong ng Pagbabago (HNP) are now in talks with “highly-placed” national officials about the 2022 elections.

“I am not privy to these discussions, but I was told that the meetings are about my candidacy for the presidential race in 2022,” she said in a statement.

“I was assured that everyone involved in these talks will respect my decision if I decide against running for President,” she added.

Duterte has repeatedly claimed that his daughter will not run for president as he is also against it.

But he still included her among his choices to endorse as next president of the country, according to presidential spokesperson Harry Roque.

To date, Duterte-Carpio has neither confirmed nor denied growing rumors about her plan to run for president in the 2022 elections.

READ: Sara Duterte did not say she is certain to run for president, says Gibo Teodoro

The Lakas-Christian Muslim Democrats (CMD) party, meanwhile, have expressed their support to Duterte-Carpio should she decide to run for president.

The Davao City mayor expressed her gratitude to the Lakas-CMD.