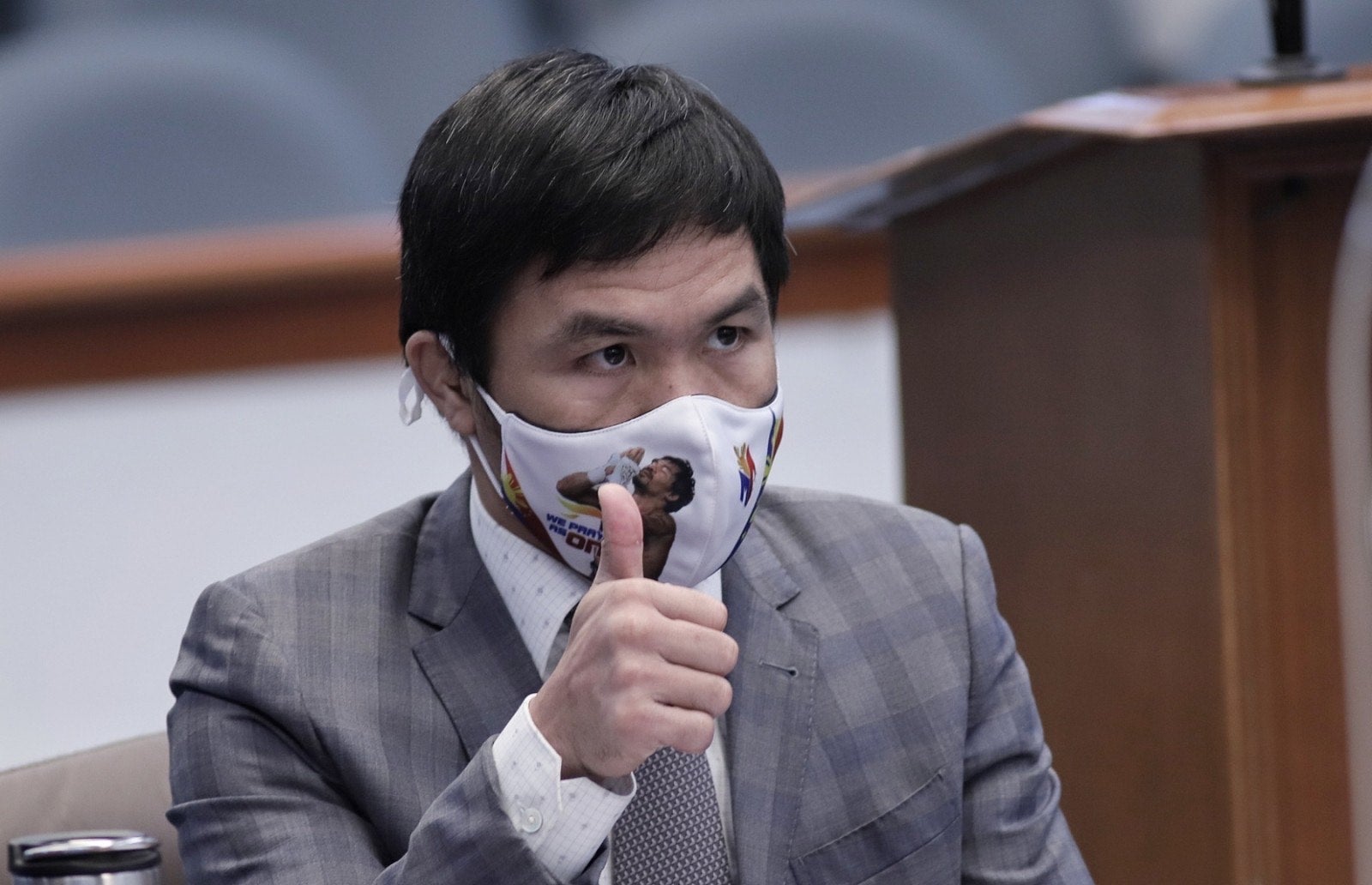 “I think he will be a good choice of the party to push for president but of course, running should be voluntary, the person should be willing to run for that particular position,” Pimentel, the party’s executive vice chairman, said in an interview on ABS-CBN News Channel.

“It seems that he has been preparing for this possibility. He has many ideas and he has been explaining his ideas, the program of the government, his platform,” he added as he pushed Pacquiao to already declare his intent to run for the presidency in 2022.

Pacquiao, while being floated as one of the prospective presidential bets in the coming elections, has yet to make any official announcement on his plans for 2022.

Pimentel noted that “many people” from various sectors and socio-economic classes have expressed support for Pacquiao in the polls.

Aside from this, a president should also have “widespread enough support from the people of the Philippines.”

“That is why if you look at senatorial surveys, he’s topping it,” he added.

Pimentel likewise called on other PDP-Laban members who want to seek the presidency to make a declaration by August or early September whether or not they will run.

“As the months go by and we come closer to October, which is the time for filing for the certificate of candidacy, those interested must declare. Even Sen. Pacquiao has not declared, so those who are interested within the party must declare,” he said.