Sotto, Villanueva react to LGBTIQ+ promise not to give them votes | Inquirer News
Close
menu
search

newsinfo / Nation
Nation
Everyone is entitled to their own opinion, freedom to choose candidate 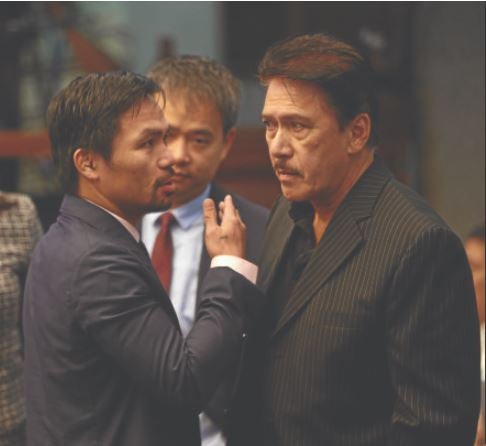 MANILA, Philippines — Everyone is entitled to voice their own opinion and freedom to choose their candidate for the elections, two senators said after an LGBTIQ+ group called them out, saying they “don’t deserve to be elected” for supposedly using religion to marginalize the gay community.

“This is a free country, everyone is entitled to his own opinion,” Senate President Vicente Sotto III told INQUIRER.net Monday when sought to comment on a statement of LGBTQ Plus president Reggie Pasion.

“That is the essence of democracy,” he said.

“Our challenge is to craft legislation that is fair to all sectors. This is why we support a comprehensive anti-discrimination bill that would protect all Filipinos from any form of discrimination — regardless of sex, race, gender, age, and belief, among others,” Villanueva added.

Several LGBTIQ+ rights advocates, in an open letter published on Monday in time for Pride Month, said members of the community will not vote for candidates “who are known to have homophobic, biphobic, and transphobic views” as well as those who have ties to conservative groups that have discriminated against the sector.

Among these advocates include Pasion, who said members of the LGBTIQ+ community need to practice their right to vote in order “to better the policies of the government regarding human rights.”

“Becoming active in the elections means that we will be able to make the change by putting the right politicians who will be able to legislate laws that would benefit the community,” he said.

“Politicians using religion to marginalize the LGBTIQ+ community such as Senators Manny Pacquiao, Joel Villanueva and Tito Sotto and those who remain silent on LGBTIQ rights don’t deserve to be elected,” Pasion added.

INQUIRER.net reached out to Pacquiao’s staff for the senator’s comment but has yet to receive a response as of writing.

In the past years and months, local ordinances were passed in 25 local government units, including the City of Manila where it passed an ordinance protecting LGBTIQ+ rights in October last year.

National laws that provide some level of protection to members of the LGBTIQ+ from discrimination and violence in specific contexts have also been passed such as the Anti-Bullying Law and the Safe Spaces Act, which prohibits gender-based sexual harassment in streets, public spaces, and online spaces.