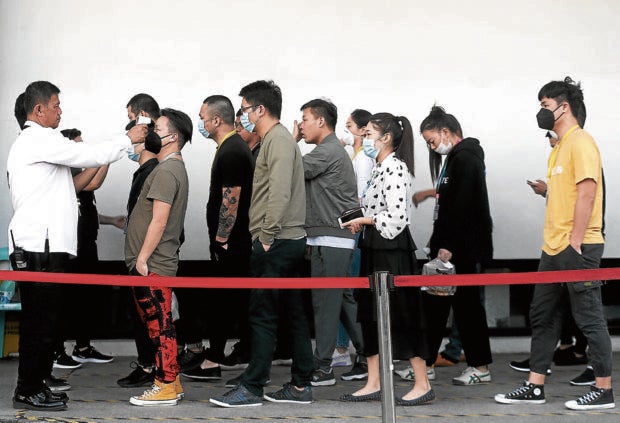 BUT AT WHAT COST? Once enacted, the Senate-approved tax measure for POGOs and their workers is expected to raise P28.7 billion in additional revenue for the government this year and P32 billion in 2022. —INQUIRER FILE PHOTO

MANILA, Philippines — The Senate on Wednesday approved a Malacañang-certified bill that seeks to impose clear tax liabilities on Philippine offshore gaming operators (POGOs), even as some senators warned about the “serious social costs’’ of the industry that is employing mostly foreign workers.

Voting 17-3, the chamber passed on third and final reading Senate Bill No. 2232, or An Act Taxing Philippine Offshore Gaming Operations, which seeks to amend the National Internal Revenue Code to better collect taxes from POGOs.

The measure was approved on second and third readings on the same day —  skipping the three-day rule — since its passage was certified as urgent by President Rodrigo Duterte.

Under the bill, all offshore gaming licensees, regardless of whether they are Philippine or foreign-based, will be considered to be doing business in the country and will have to pay a 5-percent tax on the gross gaming revenue or receipts derived from their gaming operations.

Once enacted, the new law is expected to raise P28.7 billion additional revenue for the government this year and P32 billion in 2022.

Sen. Pia Cayetano, who sponsored the bill as chair of the Senate ways and means committee, said the main purpose of the POGO tax measure was to create a revenue stream for the government and to ensure that POGO service providers are clearly defined and held accountable for any infraction of Philippine laws.

The tax measure indicates that the Pogo industry is here to stay, but Cayetano said: “This may be seen as something that redounds to legitimizing the industry, but the [proposed law] does not in any way prevent Congress or the executive department from initiating a move to outlaw Pogo.’’

The senator introduced a provision that will allocate 60 percent of the total revenue collected from POGOs for the implementation of the Universal Health Care Act.

She also said that while Pogos had been generating additional revenues for the government, their proliferation in recent years showed that tax collections could have been higher.

Cayetano cited data from the Bureau of Internal Revenue (BIR) showing that POGO collections amounted to P7.18 billion in 2020.

“It was estimated that the government could have collected more than P38 billion in 2019 alone, a far cry from the actual collection of the BIR,” she said.

The bill further requires the issuance of joint and consolidated rules and regulations for implementing and efficient sharing of information among agencies.

Some senators noted that the BIR and Philippine Amusement and Gaming Corp. (Pagcor), which grants licenses to POGOs, have differing figures.

Explaining his “no” vote, Pangilinan cited “serious social costs” caused by the rise of the POGO industry in the country.

“Property rental prices surged by as much as 62 percent in 2018. Filipinos have been kicked out of their condo units and homes that they were renting because POGO workers can afford to pay more,” he said.

Pangilinan also partly blamed the entry of Covid-19 in the country on the presence of POGO workers, citing the possibility that 31 of the 90 Chinese visitors who arrived from Wuhan, China, in February 2020 were POGO workers.

The opposition lawmaker also pointed out the national security concerns posed by the presence of POGO workers in the country, whose residences were found to have been set up near and around key military installations and who could be conducting intelligence-gathering operations for Beijing.

Hontiveros, who chairs the Senate committee on women, family and children, lamented how the government had allowed the proliferation of online gambling, mostly catering to Chinese players, when this activity was banned in mainland China.