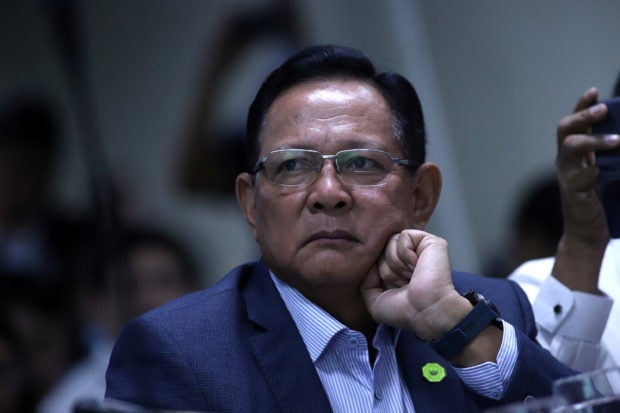 Saying he is merely speaking for himself and not for the entire party, PDP-Laban vice president for external affairs Raul Lambino said he would support a possible pairing between President Rodrigo Duterte and his daughter, Davao City Mayor Sara Duterte-Carpio.

The President is being convinced by his partymates to run for vice president, while Duterte-Carpio said she is not interested in the presidency.

“I cannot speak for the entire party. I cannot speak for the other members. Personally, I will support a Duterte-Duterte tandem in 2022 because I have seen how the President  (Rodrigo Duterte) works, I also have observed how Mayor Inday Sara works as mayor of Davao,” Lambino said in an interview on ABS-CBN News Channel.

This, when asked if he would support the two in the elections should they decide to run as a team.

“If ever Mayor Inday Sara will decide to run for president and President Digong will run for vice president and then I will personally campaign hard for both Duterte-Duterte in 2022,” he added.

On Monday, PDP-Laban adopted a resolution seeking to “convince” the President to run for the vice presidential post in the 2022 elections.

But Duterte’s decision to run for the second highest post in the country will depend on whether he will receive a “message from God,” his spokesperson Harry Roque earlier said.

Meanwhile, Duterte-Carpio, who has repeatedly said she will not seek the presidency in 2022, was considered the most preferred presidential candidate in a recent survey by Pulse Asia.

While Lambino would support a Duterte-Duterte tandem in 2022, a senator earlier said Filipinos are not ready for a Davao-City-like political situation, adding it would be a “bit too much.”

“The Philippines is not Davao City. If they can do that in Davao City, I don’t think Filipinos are ready for a Davao City-like political situation or arrangement. I don’t think so,” Senator Panfilo Lacson said in a March 19 television interview.