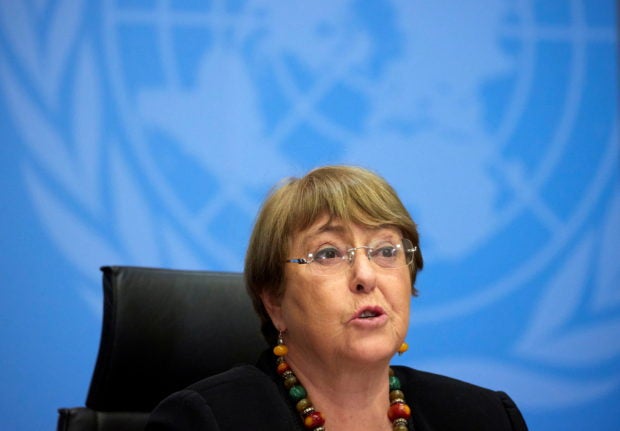 Bachelet said her office had verified the deaths of 270 Palestinians in Gaza, the West Bank and East Jerusalem, including 68 children, during violence this month. Most were killed in Hamas-controlled Gaza, where Israel fought militants for 11 days, ending in a ceasefire.

She was addressing a special session of the U.N. Human Rights Council, held at the request of Muslim states who have asked the forum to set up a commission of inquiry to investigate possible crimes and establish command responsibility.

Israel responded with intense air strikes in Gaza, including shelling, missiles and attacks from the sea, causing widespread destruction of civilian infrastructure and death, she said.

“Despite Israel’s claims that many of these buildings were hosting armed groups or being used for military purposes, we have not seen evidence in this regard,” she added.

“If found to be indiscriminate and disproportionate, such attacks might constitute war crimes,” Bachelet told the 47-member forum. She also urged Hamas to refrain from firing indiscriminate rockets on Israel.

Meirav Eilon Shahar, Israel’s ambassador to the U.N. in Geneva, denounced Hamas as a “jihadist, genocidal, terrorist organization” and accused it of using Palestinian civilians as human shields to conceal its rockets.

Referring to the 4,400 rockets fired into Israel – most of which were intercepted by Israel’s “Iron Dome” defense shield – she added: “Each one of these rockets constitutes a war crime.”

Riyad al-Maliki, foreign minister of Palestine, said: “Israel, the occupation and apartheid authority continues its crimes, its policies and laws to consolidate a colonial and apartheid system.”