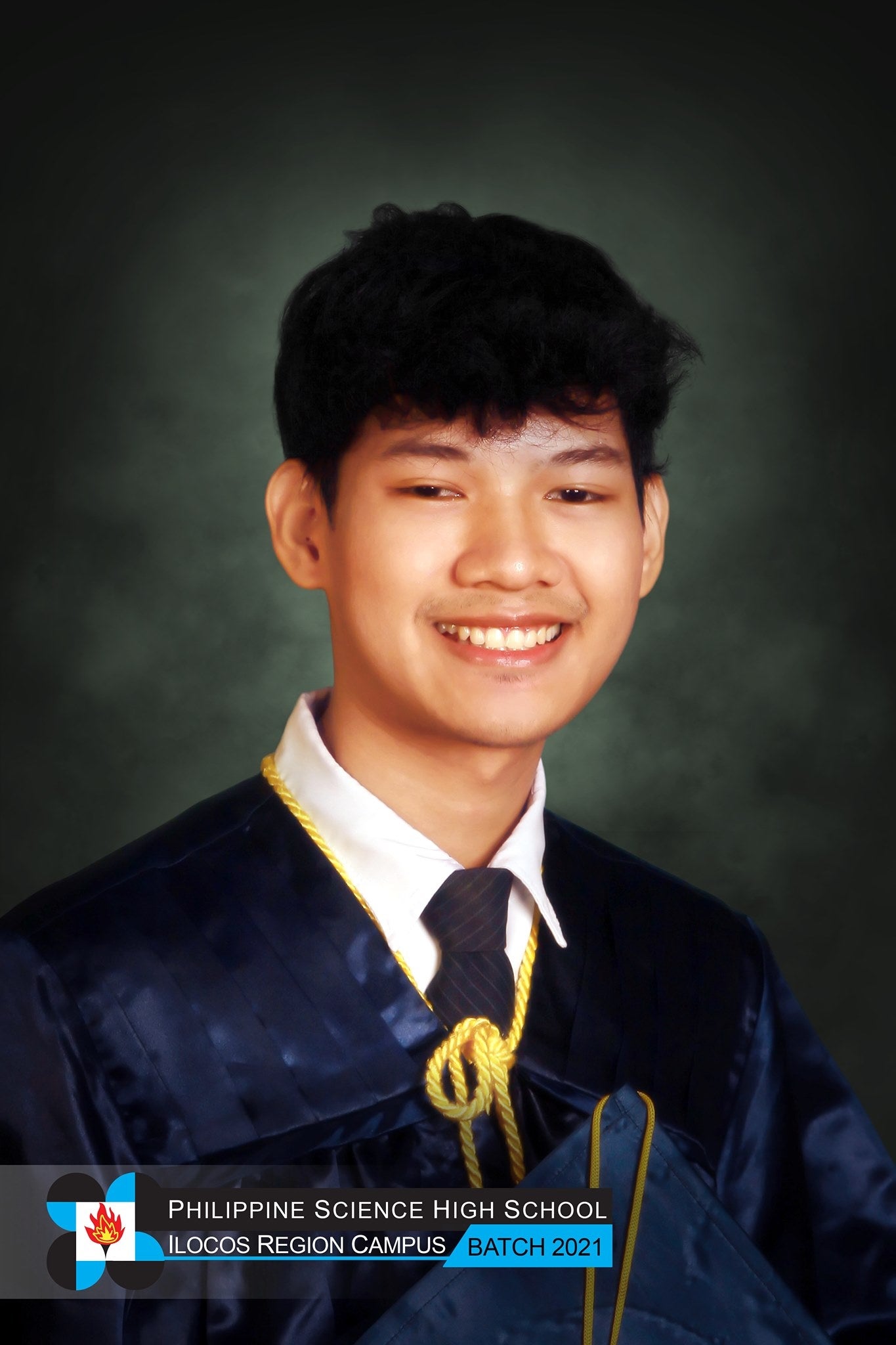 Dominic Navarro, 18, a native of Ilocos Sur, recently graduated from the country’s premier science high school and was offered direct admission to at least three prestigious universities abroad. But financial constraints prevented him from pursuing this opportunity for now. (Photo courtesy of Dominic Navarro)

LAOAG CITY –– Fresh high school graduate Dominic Navarro, 18, has been looking forward to flying abroad by September this year to pursue a degree in actuarial science. But he had to shelve that dream for the meantime due to financial constraints.

Navarro, who just graduated with high honors from the Philippine Science High School (PSHS) – Ilocos region campus on May 24, recently went viral all over social media.

The PSHS, also known as Pisay, is the country’s premier science high school, where the minds of the next generations of scientists are being honed. Pisay has at least 16 regional campuses across the country.

In the past two days, many netizens were impressed by Navarro’s rare feat, after he was the only one out of the 86 students from his batch to be offered admissions in at least three prestigious universities in Germany and the United States (US).

But Navarro told the Inquirer in a video interview on May 26 that he lost the opportunity after he was not able to confirm his slot at his top school of choice, the University of Wisconsin-Madison (UWM).

The “cost of attendance” in the US-based university was around $55,000, or P2.649 million, and Navarro was required to deposit the amount by May 1 to secure the spot.

But being born and raised in a middle-income family in San Ildefonso town in Ilocos Sur, Navarro said they could not afford to produce that “whopping amount of money.”

“We tried to reach out to some government officials and agencies for scholarship grants, as well as with private companies [for tie-ups] but I was turned down,” he said.

Believing in the power of social media, Navarro took to the popular social media app ‘TikTok’ for “crowdfunding.” But by the end of April, Navarro raised only $35, or a meager P1,684.

Navarro’s inclination towards mathematics and sciences started at an early age as he took inspiration from his mother, who has been working as a physics teacher.

In his acceptance letter dated April 2, UWM said Navarro was sought out because he “demonstrated a commitment to academic excellence while contributing to their schools and communities.”

Navarro said he highlighted in the “very competitive” application process his great academic achievements as a Pisay student and his involvement with the student-led organization “π-oneers” (pioneers).

The organization, Navarro said, has around 350 members who promote the importance of STEM (science, technology, engineering, and mathematics) education towards the development of the country by offering free tutorials to high school students.

Navarro said the country would benefit, especially from handling future health crises, if more funds are allotted in the country’s science and technology sector.

Many young students have been losing opportunities such as what he had due to lack of government support, according to Navarro, who felt regretful over the lost opportunity.

But he said studying abroad, especially for government scholars like him does not mean that “he will be leaving the country for good. It is a common misconception, and I intend to come back after and apply in the country the opportunities I will be learning abroad.”

Navarro is “postponing” his dream to study abroad and pursue a degree in mathematics or actuarial science in top universities in the country.

He said he would hold onto his goal of studying abroad not only for himself but for the country, with the guidance on how his Pisay education had molded him to “never give up” amid obstacles.