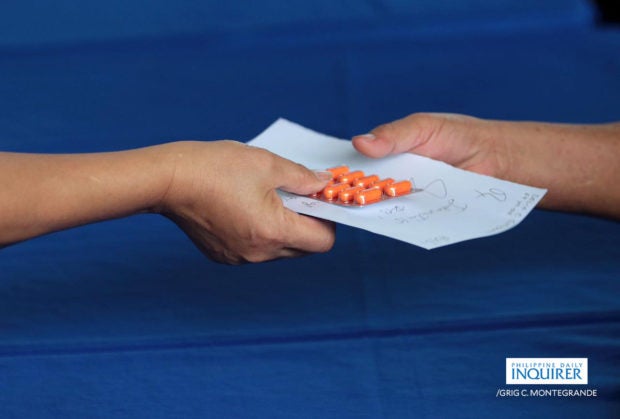 MANILA, Philippines — A committee in the House of Representatives has approved a motion urging the Professional Regulation Commission (PRC) to halt its investigation on doctors prescribing ivermectin as treatment against coronavirus disease, or as prevention medicine.

The motion was first broached by Deputy Speaker Bernadette Herrera-Dy who asked the House committee on good government and public accountability to “strongly urge” the PRC not to look at revocation as a course of action for doctors who dispensed with prescription for ivermectin, citing “lack of evidence” on possible liabilities in issuing such prescriptions.

“I strongly move that we strongly recommend or urge the PRC to stop looking into revoking the licenses of doctors who are prescribing ivermectin due to lack of evidence din naman on their part, and they’re just there to make this medicine accessible,” Herrera-Dy said during the committee’s hearing on the Food and Drug Administration (FDA) and Department of Health’s (DOH) policies.

Herrera-Dy’s motion was subsequently approved by the committee.

The DOH and FDA earlier said they will endorse to the PRC reports of invalid prescriptions following the distribution of ivermectin drug in Quezon City.

Doctors and pharmacists further criticized the distribution of the then unregistered drug for violating regulations in the issuance of prescription, as doctors who attended the distribution event merely used a blank piece of paper that contained no doctor’s details.

At that time, ivermectin for human use was not yet registered in the country since the drug was only granted a certificate of product registration (CPR) on May 7.