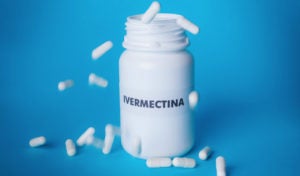 MANILA, Philippines — The Department of Health (DOH) and the Food and Drug Administration (FDA) will endorse to the Professional Regulation Commission (PRC) reports of invalid prescriptions following the distribution of ivermectin drug in Quezon City.

The DOH and FDA made the remark after the prescriptions used in the ivermectin distribution—initiated by Anakalusugan Rep. Mike Defensor and Sagip Rep. Rodante Marcoleta—were met with criticism, some by doctors and pharmacists, after these were merely written on a blank piece of paper and contained no doctor’s details.

“The DOH likewise assured that it will officially endorse the reports to the Professional Regulation Commission to investigate the veracity of the reports and impose sanctions as deemed necessary, based on existing laws,” the DOH and the FDA said in a joint statement on Friday.

According to the DOH, a valid prescription should contain the date of prescription, the patient’s name, age, and sex. Pertinent details about the prescribing physician should also be included such as name, office address, professional regulation number, and professional tax receipt number, if applicable.

“Given the necessary content of valid prescriptions, the DOH and FDA urged the public to be vigilant and sufficiently assess any prescriptions provided to them, as these prescriptions will protect them and ensure accountability from the issuing professional,” the two agencies said.

Defensor has defended the ivermectin distribution, saying the concern on the doctors’ prescription is “immaterial.”

Defensor likewise said critics are only looking for “loopholes” in the conduct of the ivermectin distribution.

(It doesn’t matter. It’s not the prescription. Patients know the doctor gave it.)