Woman wakes up to blood dripping on her from ceiling, discovers neighbor died upstairs 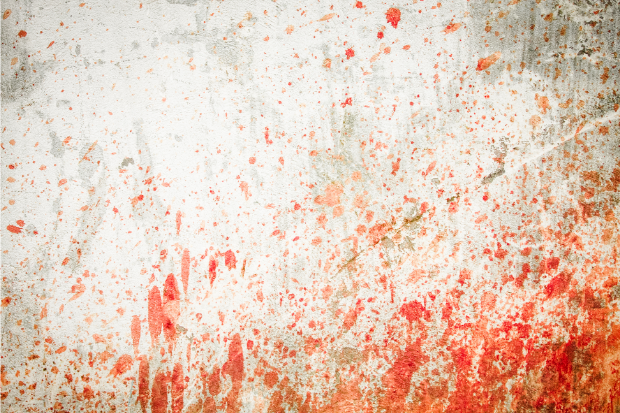 In what seemed to be a scene from a horror film, a woman woke up at around 4 a.m., only to see herself and her room covered in blood coming from the ceiling in her apartment in Texas, USA.

Ana Cardenas of El Paso was awakened to the sound of liquid dripping in her room, as per NBC affiliate KTSM on May 12. Upon turning her light on, she found out that blood had been splattered across her room and body.

“It grossed me out, I was in shock, I thought this isn’t real this is a dream, wake up. I called maintenance and they said are you sure and I said blood is falling on me,” Cardenas was quoted as saying in Spanish.

On why blood was spread everywhere, it turned out that it had seeped through the ceiling and onto the ceiling fan that was turned on, the report said.

Cardenas immediately called the police, who then checked on her upstairs neighbor to see the source of the blood.

“The firefighters knocked down his door and the body was laying exactly where my fan is underneath. He had carpet but the blood seeped through to my ceiling,” Cardenas was quoted as saying.

“They took the fan down and a pool of blood came down,” she added.

The neighbor, whom Cardenas said was a man around 55 to 70 years old, had died due to natural causes and had been decomposing for about five to six days, according to the police.

The news outlet has since visited the room and found that the ceiling had been removed and the area disinfected. However, flies and a “foul smell” still lingered inside the home.

Cardenas has also asked for compensation for her destroyed property from the Cielo Vista Apartment management, but was told that insurance would not be able to cover it.

She has since been looking for a new place to move in, and stayed at a hotel for a few nights after the incident, according to the report.

Cardenas also stressed that the incident traumatized her so much that she has been having trouble eating and sleeping or just being at peace.

“It was awful, an awful impact,” Cardenas was quoted as saying. Ian Biong /ra

Man shot in the genitals after attacker approached him to borrow lighter, phone