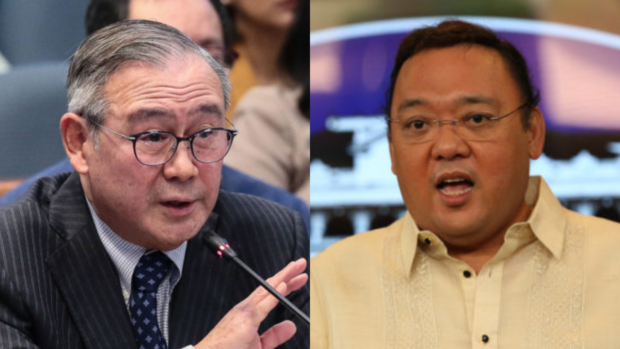 MANILA, Philippines — Presidential spokesperson Harry Roque on Wednesday said he and Foreign Affairs Secretary Locsin Jr. are “fine” after the country’s top diplomat chastised him over his remarks on the Julian Felipe (Whitsun) Reef.

Roque was asked about his comments on Locsin’s tweets on Tuesday night, issuing a “last warning” and asserting that only the Department of Foreign Affairs (DFA) has the sole jurisdiction over matters concerning the country’s international relations.

The president’s official mouthpiece said he and Locsin have already talked.

“We talked this morning and we’re fine,” according to Roque.

Earlier Tuesday, Roque declared that critics were only making a big deal out of Chinese presence near Julian Felipe Reef because the area had “never” been in the possession of the Philippines and that it is not within the country’s exclusive economic zone (EEZ).

But the DFA maintained its stance on the matter, saying Julian Felipe Reef is about 175 nautical miles west of Bataraza, Palawan, and well within the 200-nautical mile EEZ rule according to the United Nations Convention on the Law of the Sea (UNCLOS).

Foreign affairs chief Locsin then unleashed a couple of tweets apparently chiding Roque, asserting that DFA “has exclusive remit” on Philippine foreign relations and also telling the presidential spokesman to “drop the subject” and leave the matter to the DFA.