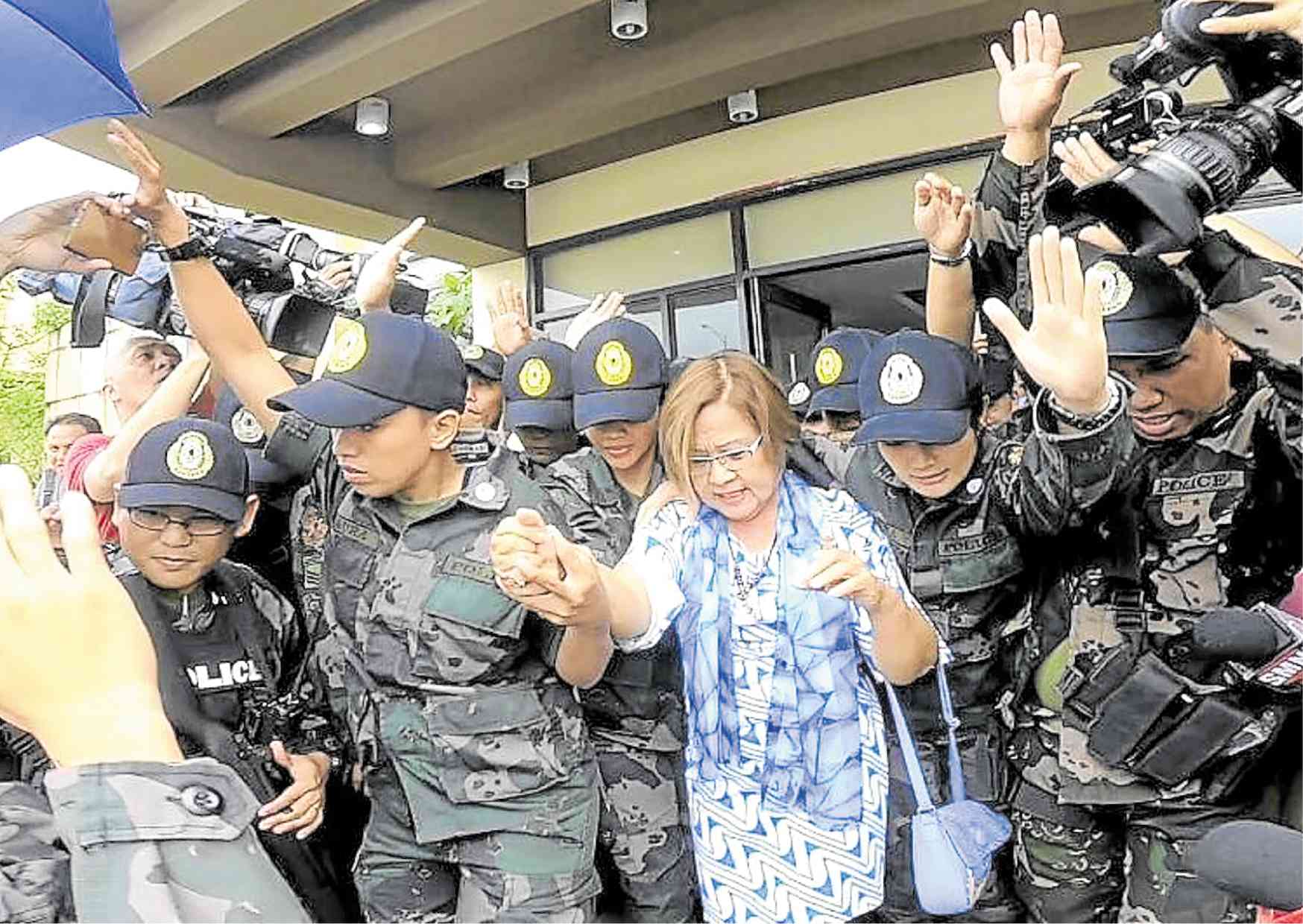 (FILE) Sen. Leila de Lima, seen in this August 2018 photo leaving a courthouse in Muntinlupa City, marks her first 1,000 days in detention on Wednesday. A fierce critic of President Duterte, the opposition senator was arrested on Feb. 24, 2017, on charges of drug trafficking at New Bilibid Prison when she was justice secretary. —PHOTO FROM OFFICE OF SEN. LEILA DE LIMA

The request was contained in a May 4 letter of Senate Minority Leader  Franklin Drilon and Senators Francis “Kiko” Pangilinan and Risa Hontiveros addressed to Brig. Gen. Arthur Bisnar, head of the PNP’s Headquarters Support Service.

The three senators warned that De Lima could suffer another “heat stroke”  if her living conditions at the PNP’s custodial center would remain the same.

De Lima, who has been in jail since 2017  for drug charges, was hospitalized late last month after suffering bouts of vomiting, nausea, intense headache, and blurred vision.

Based on her medical abstract, her migraines were triggered by “hot environment, poor ventilation and noise,” the minority senators said in the letter.

De Lima’s attending physicians then recommended that her detention room be given better ventilation.

“Senator De Lima suffers from migraines and bouts with high blood pressure every afternoon because of the unbearable heat. Should her living conditions remain the same, Senator De Lima might suffer another heat stroke,” the senators said.

“From the foregoing, we would like to request the installation of an air-conditioning unit at her living quarters following her doctors’ recommendation,” they added.

De Lima’s office also made a similar request to PNP in a letter dated April 29.

Aside from improved ventilation at her living quarters, the minority senators also requested the PNP to transfer De Lima during the afternoons to the hearing room where there is better ventilation and less heat.