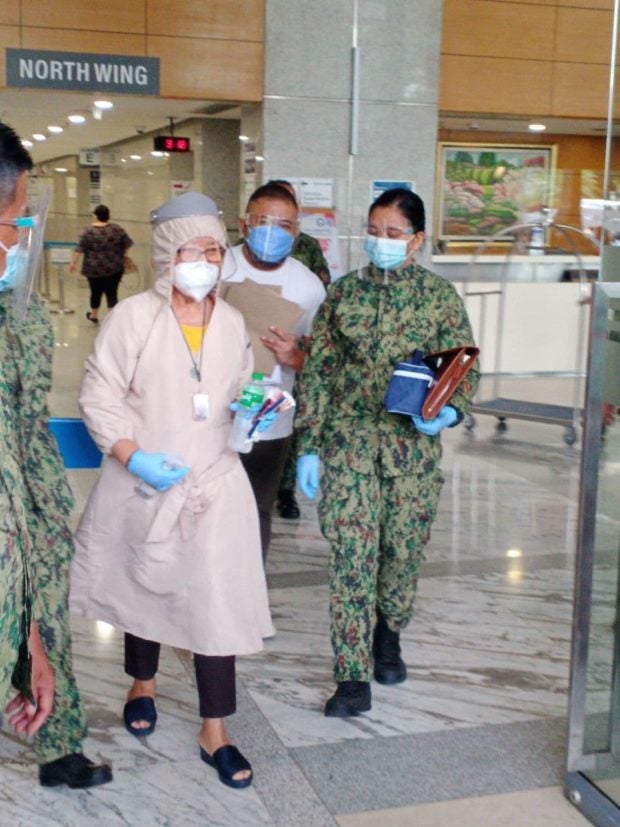 MANILA, Philippines — Senator Leila de Lima is now in stable condition after her three-day emergency furlough, and her medical tests have shown “no serious adverse findings.”

A statement released by De Lima’s office Tuesday said that the result of the senator’s Brain Magnetic Resonance Imaging (BMRI) imaging and CT angiography “showed no evidence of stroke (acute infarct or hemorrhage).”

“The other diagnostic tests conducted on the brain, eyes, ears, nerves, heart, kidneys, thyroid, among others, reveal no serious adverse findings,” it added.

The medical team that attended De Lima said she had episodes of migraine headaches from the heat and bad ventilation.

“This was associated with benign paroxysmal positional vertigo and reactive hypertension. Vertigo is an existing, long-standing health condition of the senator,” the statement read.

The medical team advised De Lima to get more ventilation in her detention quarters to prevent the recurrence of her health condition, according to her office.

“It was also recommended that if the complaints recur, more tests should be done. There are tests that will be repeated after one week, after one month, after 6 months, and after one year,” the senator’s office said.

De Lima was admitted to the Manila Doctors Hospital from April 24 to 27 to undergo a medical examination as recommended by her on-call personal physician in order to rule out “cerebrovascular accident.”

She has already been discharged from the hospital, but doctors told her to have her blood pressure and sugar checked regularly.

“She was also advised to avoid stress,” according to the statement.

“But how can I avoid stress, especially during these very trying times? Stress practically defines my adult life as a public servant,” De Lima was quoted as saying.

The senator thanked everyone who prayed for and sent her messages while she was in the hospital.

She also expressed thanked the medical personnel who looked after her and praised the professionalism of Philippine National Police officials in complying with the court order.