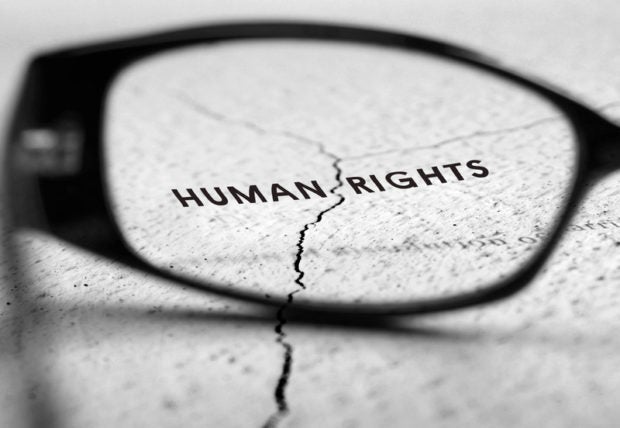 MANILA, Philippines — Several human rights defenders have spoken out during a Canadian parliament hearing on the Philippines’ human rights situation and urged Canada to take a stand against supposed abuses in the Southeast Asian country.

According to Beaudoin and Canadian Mining Company Researcher Dr. Catherine Coumans, Canada must also speak out, condemn the Philippine government for allowing rights abuses to happen, and end its silence towards the issue.

Furthermore, the ICHRP official said that Canada can also opt to stop supporting the country’s projects, specifically counterinsurgency programs which they believed are being used to target critics.

“Canada must end its policy of quiet diplomacy,” Beaudoin said.

“(Canada should) fulfill its obligation to protect human rights in the context of the deteriorated human rights situation in the Philippines, and in particular to protect those who are criminalized and whose lives are threatened for speaking out in defense of human rights and the environment,” Coumans added.

Palabay echoed the other speakers’ sentiments, claiming that the country is already descending into an authoritarian state.

“It has become even more dangerous every day for human rights defenders and ordinary citizens, with an epidemic of rights violations in the Philippines,” she claimed.

“In the midst of all these; there is the inadequacy or lack thereof domestic mechanisms that encourage victims for the rendering of justice and accountability. Courts mandated to provide legal protection for defenders refuse or deny them, resulting in more harmful impacts on our lives, security, and liberty,” she added.

Despite being highly popular, President Rodrigo Duterte and his administration have been criticized for allegedly allowing human rights violations to flourish, first in the conduct of the war against drugs and in the anti-communist drive.  Several activists like Palabay and international watchdogs like ICHRP have insisted that the government is merely using these programs to attack its critics.

However, the government has denied such allegations, stressing several times that the operations done by law enforcement agencies like the Philippine National Police (PNP) are legitimate and armed with legal documents.

In one of the controversial operations dubbed by activists as “Bloody Sunday,” where the PNP conducted simultaneous anti-crime operations in Calabarzon region, the police force said that high-powered firearms and even explosives were seized from labor leaders and activists.

But activist groups said the weapons and guns were merely planted.

The government has also assured the international community, during the United Nations Human Rights Council session, that they are looking at drug-related cases intently for any signs of rights abuses.

To date, only one drug war case — that of slain teenager Kian delos Santos — was ruled against the police officers conducting the operation.

Despite these assurances, there have been reports especially from the Commission on Human Rights (CHR) that police officers had the intent to kill while carrying out anti-drug operations.

Read Next
‘Till COVID do us part:’ Husband’s love to his wife proven to the last breath
EDITORS' PICK
Robredo urges supporters: Don’t think we’re the only ones who are good
Taguig exceeds daily COVID-19 vaccination target of 6,800 individuals for 3 days
PH logs 7,302 new COVID-19 cases — DOH
Ahead of ONE: Full Blast II, Mongkolpetch warns Elias Mahmoudi: ‘Watch out for my fists’
Kai Sotto continues to inspire Filipinos by sharing his passions and stories with Smart Prepaid
Alex Eala wins Grand Slam on Independence Day: ‘I hope I made my contribution to the country’
MOST READ
China cautions G7: ‘small’ groups don’t rule the world
PH to have cloudy, rainy Monday — Pagasa
Leni vs. Sara
Rare earth metals at the heart of China’s rivalry with US, Europe
Don't miss out on the latest news and information.