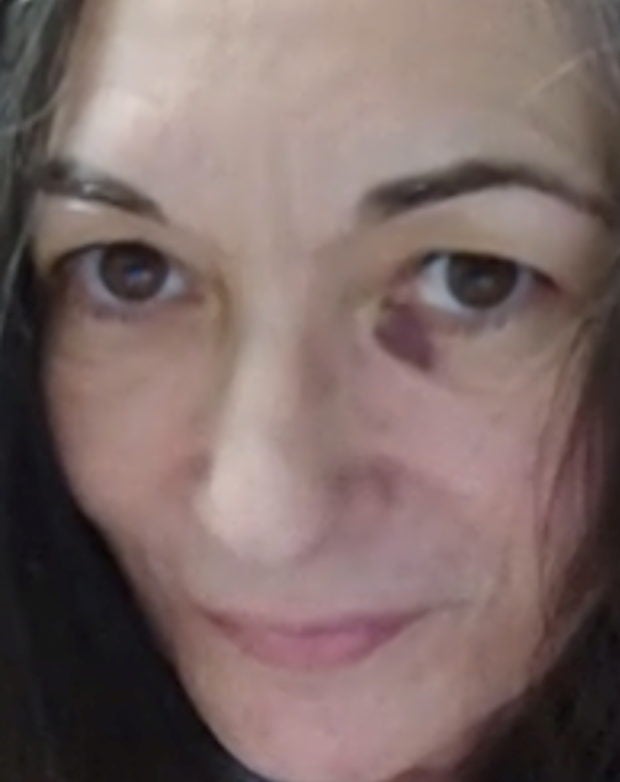 NEW YORK — A lawyer for Ghislaine Maxwell on Thursday released a photo that shows the British socialite accused of enabling Jeffrey Epstein’s sex abuses with a bruise around her left eye, which the lawyer called a “black eye.”

The photo was attached to a letter from Maxwell’s lawyer Bobbi Sternheim to U.S. District Judge Alison Nathan in Manhattan, who oversees Maxwell’s criminal case.

Guards at the Brooklyn jail housing the 59-year-old Maxwell “confronted” her on Wednesday night about the bruise and threatened to put her in a separate housing unit if she didn’t explain its origin, according to the letter.

Sternheim said Maxwell did not know where the bruise came from, but it may be from her using a sock or towel to shield her eyes because guards shine light into her cell every 15 minutes, to ensure she is breathing and has not committed suicide.

Neither jail officials nor the U.S. Attorney’s unit in Manhattan, which is prosecuting Maxwell, immediately responded to requests for comment.

Sternheim did not immediately respond to a similar request. Her letter did not say who took the photo.

Late on Thursday, Nathan ordered prosecutors to explain by May 5 whether and why jail officials might be subjecting Maxwell to nighttime “flashlight surveillance,” and whether she could receive “appropriate eye covering.”

Lawyers for Maxwell have complained repeatedly about her confinement, saying the conditions undermine her preparation for her scheduled July 12 trial.

Maxwell has pleaded not guilty to sex trafficking and other charges over her alleged role in procuring four teenage girls for Epstein to abuse between 1994 and 2004.

Epstein killed himself in jail in August 2019 while awaiting trial on sex trafficking charges.

Read Next
Next major war will be ‘very different,’ — US defense secretary
EDITORS' PICK
Palace doesn’t see tension in WPS, only Duterte haters incite it
CopperMask Philippines shows support for Miss Universe Philippines 2020 Rabiya Mateo
A Spanish Celebracion with Crimson Mactan’s ‘Enye at Home’
Re-imagining EdTech and the classroom in a post-pandemic era
Retired military, police execs call for unity vs China aggression
As vaccine injection rate rises in PH, questions linger on how long it would take to reach herd immunity
MOST READ
Mexico wins Miss Universe title but Myanmar steals show
Pangilinan on China’s threat if PH digs oil in WPS: Why should we be scared?
It’s over! Water concessionaires rescind arbitration awards, end legal actions vs gov’t
Retired military, police execs call for unity vs China aggression
Don't miss out on the latest news and information.