MANILA, Philippines — President Rodrigo Duterte’s chosen one in so far as the next Supreme Court chief justice is concerned will be made public next week, Malacañang said Friday.

“As a matter of SOP (standard operating procedure), judicial appointments are confirmed by my office only after they have been received by the Supreme Court,” presidential spokesperson Harry Roque told reporters in a message.

“Given the long holiday, the earliest a judicial appointment can be received by the Court would be this Monday,” he added. 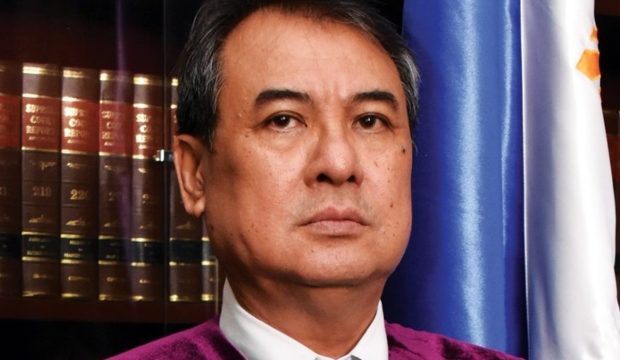 “Yes, as far as I know, yes,” Panelo told INQUIRER.net when asked if Duterte has chosen Gesmundo.

Gesmundo, then the chairperson of Sandiganbayan’s 7th Division, was first appointed to the Supreme Court in 2017.

Before he served at the anti-graft court, Gesmundo was Assistant Solicitor General and Commissioner of the Presidential Commission on Good Government.