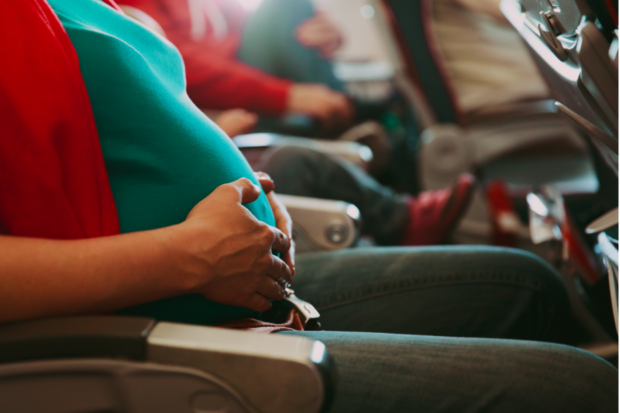 A woman gave birth to a baby girl while in a plane ride across India. Luckily, also aboard was a doctor, who along with the airline’s flight crew assisted her during the delivery.

Crew members from Indian airline IndiGo welcomed their new passenger mid-air in the early morning of March 17, during a domestic flight between the cities of Bengaluru and Jaipur. They were led by Dr. Subahana Nazir, the doctor who happened to be on the same flight, Indian news outlet The News Minute said in a report on the same day.

When the woman went into labor, authorities from the airport they were set to land on were immediately informed of the woman’s condition. The crew was quick to make arrangements for an ambulance and a doctor upon arrival.

Fortunately, both the mother and the baby were deemed stable when they landed, the airline said.

Meanwhile, Dr. Nazir was welcomed into the airport’s arrival hall with a “thank you” card from the IndiGo Jaipur staff. She was given an orange card while airline workers flanked her, as seen in a Twitter post from India Today TV anchor Poulomi Saha on March 17.

Baby delivered with the help of IndiGo crew & Dr Subahana Nazir who was travelling on the flight.

Dr Nazir was welcomed at Jaipur airport with a Thank You card later by IndiGo staff. #GoodNews pic.twitter.com/x1SRCcXnve

This was not the first time the airline saw a birth mid-fight, the report added. Last October, IndiGo’s flight crew also assisted in the birth of a premature baby during another domestic flight. The mother and baby in that flight also made it through, healthy and stable. Dana Cruz/JB