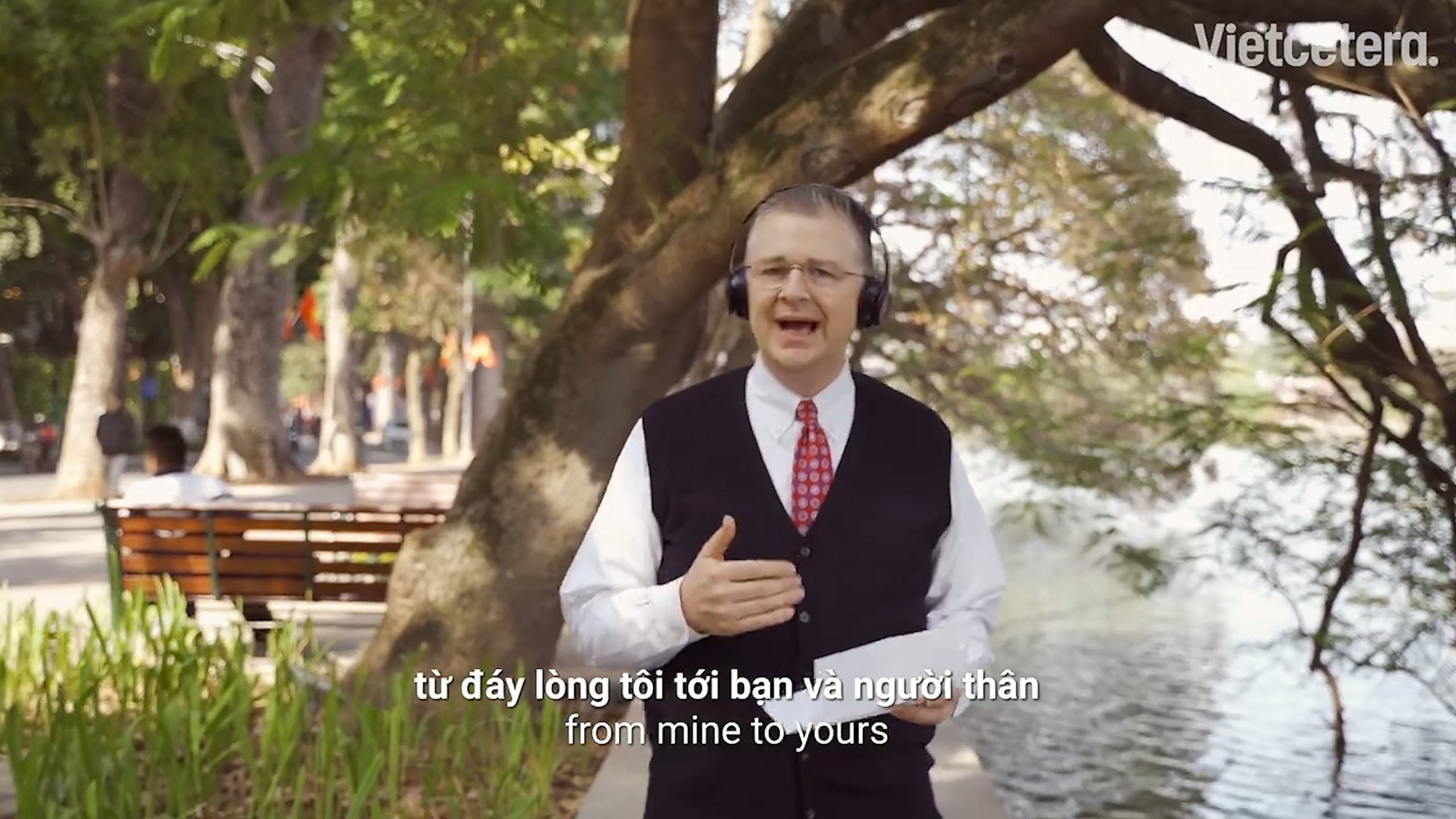 ‘TET IS THE TOPS’ Many viewers praised the diplomat’s three-minute clip, but others were less complimentary. —AFP

HANOI—The US ambassador to Vietnam has rapped a Lunar New Year video to the country that has set the local internet alight, drawing a measure of admiration—and cringing—from those who’ve watched it.

Daniel Kritenbrink, a career diplomat who served previously in Kuwait, China and Japan, is featured roaming the streets of Hanoi and Ho Chi Minh City wearing headphones and rhyming a Tet message to the country.

He was accompanied by enthusiastic local music stars as they drank coffee and sampled Vietnamese snacks.

The Lunar New Year, known locally as Tet, is the most important annual holiday for Vietnamese, centered around family gatherings.

It also has enormous significance in relations between Washington and Hanoi, as North Vietnam launched what became known as the “Tet offensive” over the holiday in 1968, catching the US-backed southern Saigon government unawares.

It was a much lighter mood in Kritenbrink’s video, however, which showed the diplomat rapping “Tet in Vietnam is the tops” while wearing a pair of headphones around his neck.

Another scene shows him with a duster in hand, intoning: “Clean the house now, friends are on the way.”

The three-minute clip has been liked and shared thousands of times since it was posted on Tuesday.

Most praised it as “lovely” or “fun”—but others were less complimentary.

“Has the US state department turned into a rapper department?” asked Phuong Nguyen in a post on the US Embassy’s official Facebook page.

After the decadeslong war between the United States and Vietnam, relations between the two powers were formally reset when then President Barack Obama visited in 2016 and lifted a long-standing embargo.

Trade tensions have recently ramped up, however, after Washington accused Hanoi of currency manipulation.

None of that appeared to silence the ambassador.

“From my shores to your shores, our friendship endures,” he rapped.

“US and Vietnam, from now to forever, we’re trusted partners, prospering together.”