MANILA, Philippines — Embalming a cadaver first before conducting an autopsy is now an option for police probers, as part of the “new normal” under the Philippine National Police’s (PNP) Investigator’s Handbook.

This developed as the PNP revised its 2011 Philippine Criminal Investigation Manual last year in compliance with health protocols put in place amid the Covid-19 pandemic. The manual is being referred to as “idiot guides” for police investigators.

But this modification on how the PNP handles dead subjects or victims in the crime scene seemed lost on the public, even on some forensic experts, in the wake of a flight attendant’s death on New Year’s Day.

According to reports, the body of Christine Dacera, 23, was already embalmed when the police conducted an autopsy on her – a move that had put into question the credibility of case investigators.

This also appeared to have led PNP chief Police General Debold Sinas to approve last week the relief of a medico-legal officer, as well as the chief of the Makati City police, over alleged investigation lapses in the case of Dacera’s death.

Even the family of the flight attendant filed administrative complaints against Police Maj. Michael Nick Sarmiento, one of the medicolegal officers of the Southern Police District, for ordering the embalming of Dacera’s body without their consent and prior to the conduct of an autopsy.

Senator Ronald “Bato” Dela Rosa, a former chief of the PNP, also criticized the police’s action to embalm the cadaver first before conducting the postmortem.

The Criminal Investigation Manual printed in 2011 has no mention that embalming must precede the examination and extraction of important forensic samples from a victim’s body.

What it says is that a police investigator is authorized to designate one of its members to guard the corpse – from the scene of the crime all the way to the area where the autopsy will take place.

The appointed investigator is also required to remain at the autopsy area to make sure that the cadaver will not be compromised.

“An investigating officer should remain at the autopsy area to prevent the embalming of the cadaver and to prevent anyone from touching or removing any of the clothing from the said cadaver until the medico-legal officer arrives,” the manual states.

INQUIRER.net asked PNP spokesman Brig. Gen. Ildebrandi Usana about the PNP’s process in relation to the embalming of a victim’s cadaver before the Covid-19 pandemic.

He said he was not sure about the embalming part but that in the pre-pandemic period, police officers must secure the consent of the victim’s family prior to conducting the autopsy.

“What I understand, autopsy must have the consent of next of kin. Whoever needs to be notified, that is the usual procedure. As regards embalming under any circumstances, the body needs to be embalmed, I’m just not sure about the relationship between embalming and autopsy,” he said, in mixed Filipino and English, in a phone interview.

But based on the PNP’s “new normal” guidelines, investigators, as well as the Scene of the Crime Operatives (SOCO), are mandated to determine whether the victim is infected with Covid-19 or a close contact of an infected patient, or if a victim has symptoms of infection before death.

Checking the health status of the victim will be the “basis for further actions on the part of the SOCO and medicolegal,” it added.

The new PNP guidelines also state that autopsy procedures may be waived and postmortem certificates may be issued in its place.

However, if the family and/or investigator on the case, “decides to pursue the procedure, the cadaver will be embalmed first and conduct of autopsy shall be done after five hours.”

According to retired police Gen. Archie Gamboa, who was PNP chief when the new normal rules were crafted, the guidelines were meant to “protect the lives of both uniformed personnel and the public” from the severe respiratory disease caused by the new coronavirus SARS-CoV-2.

Usana conceded that the new requirement of embalming the dead body before the autopsy was an “offshoot” of the Covid-19 protocols imposed by the Inter-Agency Task Force on the Management of Emerging Infectious Diseases.

He said the manual presents “general” guidelines, but that the conduct of autopsy will be at the discretion of the medicolegal officer.

“I presumed these are recommendations coming from the experts themselves. In so far as the Dacera case is concerned, her body may have been embalmed due to the procedural requirement that the medicolegal officer adopted. Then the autopsy was administered after the embalming,” Usana pointed out.

“Actually if you look at the manual, it looks general. It isn’t a step by step procedure, which means it may have been left to the discretion of the medicolegal officer on the borders whether the dead person is a carrier of the virus or not,” he added.

But Dr. Raquel Fortun, one of the country’s leading forensic pathologists, explained that an autopsy needs to be done prior to embalming because the process involved in embalming a cadaver could compromise the examination on a corpse.

“Ideally you autopsy first before embalming. Refrigerate to store, don’t embalm. Because embalming contaminates the body, it’s an invasive procedure you inject and cut. Refrigeration preserves without these,” Fortun told INQUIRER.net. 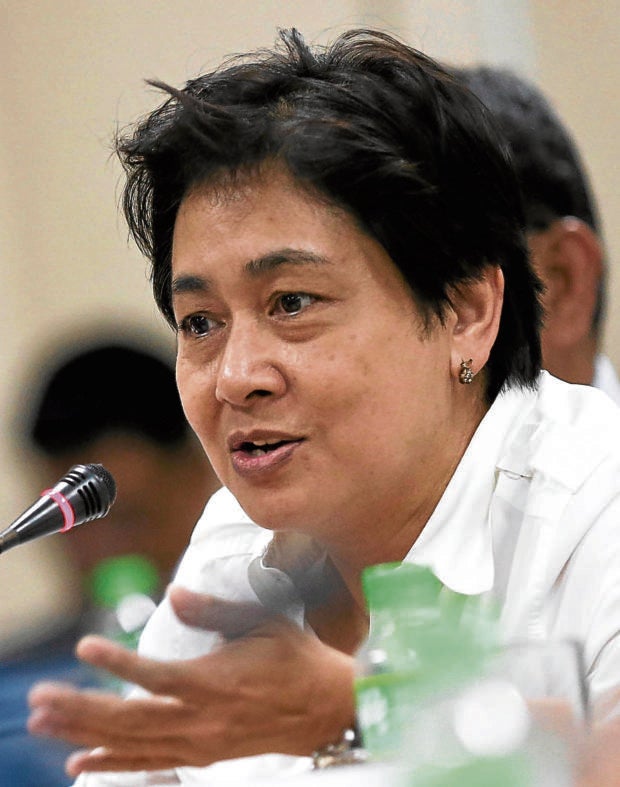 She, however, said embalming a cadaver could be beneficial in cases involving gunshot wounds because it minimizes the decay of injuries.

“For example, multiple gunshot wounds, I’d rather have an embalmed body rather than an unembalmed one if there is postmortem delay because the embalming prevents or delays the decomposition. For shooting cases, you will see the wound track, laceration, and hemorrhage,” Fortun pointed out.

Fortun, nevertheless, said police investigators handling the Dacera case could have collected the needed samples while the body was still “fresh” because it would determine whether the victim was under the influence of narcotics or alcohol before she died.

“If you are dealing with something like Dacera’s case, what is critical is the toxicology. Was she under the influence of alcohol and other drugs? The problem there is that since you embalmed the body first, how can you take samples?” she noted.

On January 4, the Makati City police filed a provisional complaint of rape with homicide against several people, including Dacera’s friends, before the city prosecutor’s office.

Two days later, the Makati City Prosecutor’s Office sent the complaint back to the police for “further investigation.” It also ordered the police to submit additional evidence such as a DNA analysis report, toxicology/chemical analysis, and the histopath examination report.

For Fortun, there is “no excuse” not to extract forensic samples from a victim – even during the Covid-19 pandemic, noting there are ways to conduct the process while avoiding the coronavirus.

“There really should be no excuse. It [autopsy] has to be done. And I’m sure in other countries, they have ways of doing it. […]  There are ways to circumvent it [virus]. Meaning you may have communicable infectious disease, but the autopsy has value,” she said.

One of the ways, she said, is that if toxicology analysis or collecting forensic samples from the body is critical, the medicolegal officer may aspirate samples from the cadaver. Aspirate refers to the method of extracting samples (fluid, tissue, or other substance) from a body using a syringe, Fortun explained.

“You insert a syringe, you puncture, something with a needle to get whatever materials you need,” she said.

“There are ways again, there are ways to get postmortem blood, postmortem urine without opening up the body. Then wear PPEs, and then aspirate the blood from the heart. Aspirate urine from the bladder,” she also said.

“It isn’t limited, it should be something that you should think about and I don’t think they [police] are thinking in these cases,” she added.

According to Fortun, the police must always be prepared to conduct investigations despite the pandemic by studying the needed resources and materials to evade the virus while still performing the accurate procedure for criminal investigation.

“Their [police] issue is like that of the issue of healthcare frontline workers. At first, a lot of people were being infected by the disease because we did not know the severity of this infection — how contagious it was. How do you protect yourself?” she pointed out.

“But now we know better, we are better prepared, we have materials, we have resources so we ask them [police]: Do you have the resources? Do you know better? Because we can prevent virus transmission,” she likewise said.