MANILA, Philippines — The family of deceased flight attendant Christine Angelica Dacera has filed an administrative complaint against a medicolegal officer of the Southern Police District (SPD) for allegedly bungling the investigation of her death at a New Year’s Day party with several male friends at a Makati City hotel.

Dacera’s parents, Sharon and Jose Nestor, on Friday asked the Internal Affairs Service of the Philippine National Police to dismiss Police Maj. Michael Nick Sarmiento from the service for gross negligence and gross incompetence in preparing his medicolegal report in Dacera’s certificate of death.

In their complaint, the Daceras said Sarmiento ordered the embalming of Christine’s body without her family’s consent and without first conducting a medicolegal examination, or taking important forensic samples.

The Daceras also claimed that Sarmiento concluded that the 23-year-old flight attendant died of a ruptured aortic aneurysm without considering other conditions on her body, such as cuts and bruises.

“As an experienced medicolegal examiner for many years with scene of the crime operations, examining probably hundreds of cadavers, elementary common sense requires that a medicolegal examination be first conducted on a cadaver before you embalm it,” said the complaint. 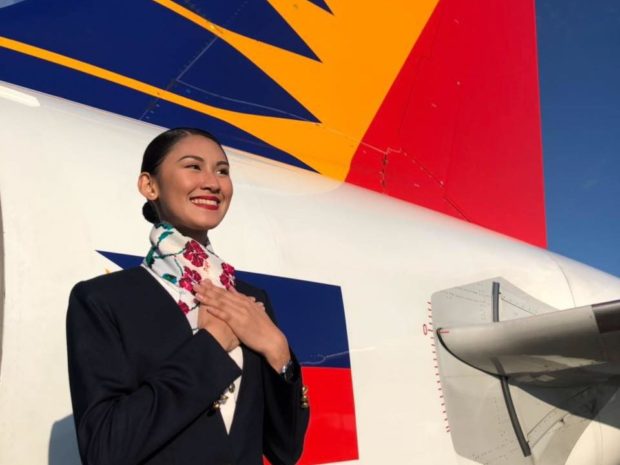 The family disputed Sarmiento’s findings and insisted that Dacera was sexually assaulted prior to her death, as they were told by Makati City police chief Col. Harold Depositar and PNP chief Gen. Debold Sinas, who had declared that the case was that of “rape-slay” at a press briefing with Christine’s mother, Sharon.

Both officials had said on Jan. 6 that the conclusion was based on the bruises on Dacera’s body and the supposed discovery of semen samples in Room 2209 of the City Garden Grand Hotel in Makati City.

Dacera was found by her friends unconscious past noon of Jan. 1 in the bathtub of the hotel room after an hourslong New Year’s Eve party with her friends, who subsequently brought her to Makati Medical Center where she was declared dead on arrival.

The Dacera family said the autopsy performed on Christine and the death certificate subsequently signed by Sarmiento were “irregular, inaccurate and misleading,” prompting them to commission a second, independent autopsy last week.

The family expects the results of the autopsy next week and may present the report at the next prosecutor’s preliminary investigation scheduled for Jan. 13.

While the family was awaiting the results of that autopsy, Justice Secretary Menardo Guevarra also ordered the National Bureau of Investigation to conduct its own investigation because “the police investigation was not thorough enough.”

Presumed to be quarantined

Guevarra issued the order after it emerged that Sarmiento had Christine’s body embalmed before performing the autopsy.

But Brig. Gen. Vicente Danao Jr., chief of the National Capital Region Police Office, sought to justify Sarmiento’s action by saying that Dacera was promptly embalmed because she was “presumed” to be under quarantine.

The hotel where she was staying, he said, served as a quarantine for suspected and probable COVID-19 cases.

“We are in a pandemic now,” Danao said in a TV interview on Friday. “We have a policy that says that when you are a probable or suspected COVID case, the policy there is to embalm before autopsy.”

The official policy of the Department of Health, however, states that suspected, probable and confirmed COVID-19 cases should not be embalmed and should be cremated or buried as soon as possible.

After the flight attendant was declared dead at Makati Medical Center, she was transferred to Rizal Funeral Homes in Pasay City where her body was embalmed. The autopsy on Dacera’s body was performed at 9 a.m on Jan. 2, and was completed at 1 p.m. on Jan. 3.

On Jan. 4, the Makati police filed a complaint for rape with homicide against at least 11 of the men who partied with Dacera on New Year’s Eve. Police said the other men in the adjacent Room 2207 were also considered suspects.

The Makati City prosecutor’s office, however, returned the complaint to the police for further investigation, saying the police did not submit evidence to show that the flight attendant was killed or sexually assaulted. It also ordered the release of three of Dacera’s friends from detention.