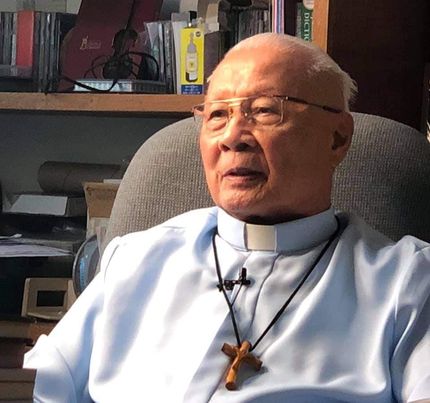 LIGAO CITY—Bishop Emeritus Jose C. Sorra D.D, a native of Malinao town in Albay province, has died. He was 92.

Bishop Joel Baylon, of the Diocese of Legazpi, announced Sorra’s death in a statement. Sorra, it said, died of “respiratory failure secondary to pulmonary embolism.”

Sorra died at the Tanchuling Hospital in Legazpi City.

Sorra served as bishop of Catanduanes province from May 27, 1974 until he became bishop of the Diocese of Legazpi on March 1, 1993.

Sorra stayed in the Diocese of Legazpi until his retirement on April 1, 2005.

Upon retirement, he stayed at Bethlehem, a retreat center at Sogod village in Bacacay town in Albay.

The bishop’s remains were brought to the Good Shepherd Chapel at the St. Gregory the Great Cathedral in this city where a wake will be held until Jan. 25.

His remains will be brought to Virac, the capital town of Catanduanes, for a farewell Mass on Jan. 26 at 8 a.m.

Sorra will be buried in Virac but no date has been set yet.