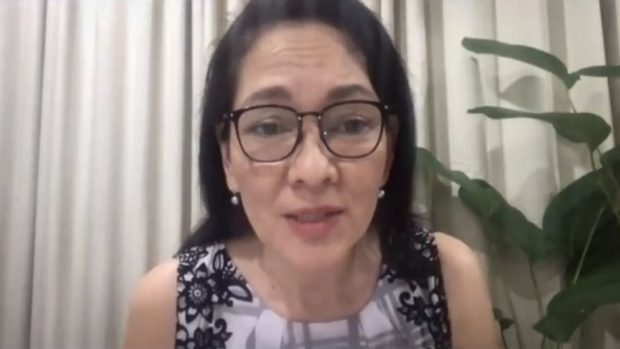 MANILA, Philippines — “It’s the Palace that showed preference for a single Chinese vaccine.”

“Ang Palasyo lang naman ang nagtataya ng lahat ng pera ng bayan sa isang kabayo. It is the Palace itself, through its Spokesperson, in its prior statements, that definitely showed preference for a single Chinese vaccine, despite reports of its lower efficacy, and questionable pricing cost,” Hontiveros said in a statement.

(It’s the Palace that’s betting on one horse. It is the Palace itself, through its spokesperson, in its prior statements, that definitely showed preference for a single Chinese vaccine.)

“We should rely on our publicly trusted and independent vaccine expert panel to provide us the assessment and recommendation on what type and brand of vaccine is safe and effective for a particular group,” she added.

He also mentioned Hontiveros, who earlier asked the government to ensure that the Philippines will be able to procure vaccines from Pfizer after it was able to secure an emergency use authorization from the Food and Drug Administration (FDA) last Jan. 14.

But the senator said that in the Senate, “it has never been about choosing a particular brand.”

The origin of the vaccine is “inconsequential” so long as it is guaranteed to be safe, effective and available on time, according to Hontiveros.

Further, she said it is the Senate’s duty to ensure that the public funds for vaccine procurement is “used efficiently and for the best buy.”

(This is not only about money, this is also about safety.)

(That’s why the Senate is not stopping in performing its system of check and balance because the government has a big responsibility to ensure that the vaccines are safe.)

The Senate earlier conducted two hearings into the government Covid-19 inoculation plan last week. The chamber is scheduled to hold another hearing on Friday, Jan. 22.

During the previous hearings, senators raised questions on the government’s seeming preference for China’s Sinovac vaccine when there are other vaccines that have a higher efficacy rate and lower in cost.

Vaccine czar Sec. Carlito Galvez Jr. had repeatedly defended the government’s decision to procure jabs from Sinovac, saying it was offering its vaccine for a cheaper price than US pharmaceutical firms while Malacañang said that the firm’s vaccine “proven safe.”

(No matter what the brand they give us, the issue is to provide safety nets and accountability mechanisms with regards to the national vaccination plan.)