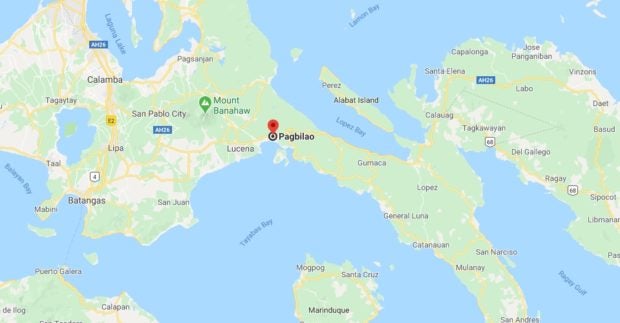 LUCENA CITY – The family of former Pagbilao, Quezon mayor Romeo Portes, who survived an attempt on his life  four days ago, is offering a P500,000 bounty to  anyone who can provide information that would lead to the arrest of the suspects.

(With the help of friends and relatives, we were able to raise P500,000 as reward money to anyone who could provide information that would lead to the arrest of the mastermind of the attack.)

The tipster can provide the information through mobile phone number 09203546596, the mayor said.

On the afternoon of Nov. 24, Portes was shot while seated in front of a family-owned building in Barangay Bukal.

Two days later, the motorcycle was found abandoned some 3 kilometers away from the crime scene.

The former mayor is now in stable condition.

His family condemned the assassination attempt.

“It’s so painful to see this happen to one’s father. Painful. Difficult. But it is with courage that we face this.  The day will come that we will be able to get justice,” the mayor said in Filipino.

Police described the gunman as having medium body built, fair complexion, and standing 5’6” (1.70 cm) while the motorcycle driver also has the same description but is slightly shorter.

A special task force has been formed by the Quezon Police Provincial Office to solve the attempted killing of the former mayor.