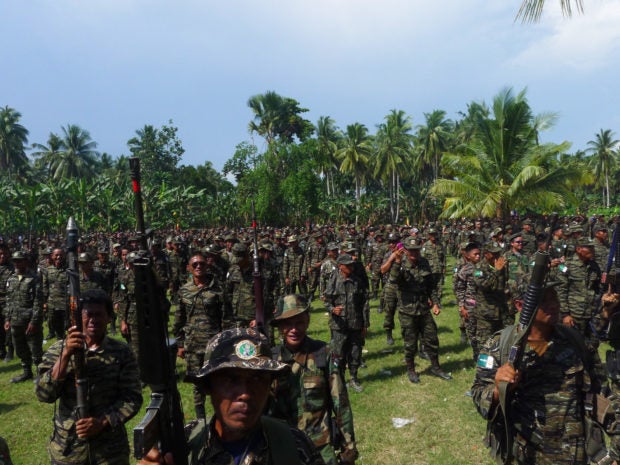 Von al-Haq, spokesperson of the MILF’s armed wing, the Bangsamoro Islamic Armed Forces (BIAF), explained that the revolutionary group has a standing agreement with the government on the interdiction of criminals and crime suspects in rebel strongholds since 2002.

The ad hoc joint action group (AHJAG) was established as a mechanism to make any law enforcement operation by government forces possible in these areas.

The mechanism was employed several times in the past in going after suspected al-Qaeda-linked terrorists lurking in Central Mindanao, without creating unnecessary provocation towards BIAF fighters.

Al-Haq said that there were no joint efforts hatched between government troops and the BIAF to arrest massacre suspects in Maguindanao.

Al-Haq also found it suspicious that the issue was brought up only now.

At the height of the martial law declared over Maguindanao by then President Gloria Macapagal-Arroyo in 2009 to hasten the pursuit of the suspects, the BIAF repositioned its forces to give way to the operation of Army troops.

As of September this year, 30 percent of its 40,000 regular forces have completed the process.