‘From one survivor to another’: Taal victims extend aid to typhoon-affected residents in Albay | Inquirer News
Close
menu
search

‘From one survivor to another:’ Taal victims extend aid to typhoon-affected Albay folk

A team of relief operations personnel from Albay, while taking inventory of donations, were surprised when they noticed a box of goods sent to them by concerned citizens last November 7.

In a Facebook post, netizen Psalm David Preña shared a photo of the donated box of goods with a written note which read: “To: Victims of Typhoon Rolly, From: Victims of Taal Volcano [eruption].”

BAYANIHAN.While sorting donated goods for our relief operations, one box stood out for our team: a box labeled: "To:…

Taal Volcano, a lake-filled caldera which is one of the active volcanoes in the country located in Batangas, spewed ash in a phreatic eruption last January 12 due to hydro-thermal activities, affecting thousands of residents, farmlands and tourism establishments in the province.

“We would like to extend our deepest and heartfelt gratitude to everyone who donated. And for those who are still planning to donate, our lines are still open. Help us help others,” Preña, a member of the team Task Force: Tabang sa mga Tugang (Help for the Brothers/Sisters), wrote in his post.

“We were really touched by the label [on the box] that reminded us the Flipino’s bayanihan spirit, which is about helping others despite being also in need,” the team leader Preña’s group, who preferred not to be named, told INQUIRER.net in an interview. 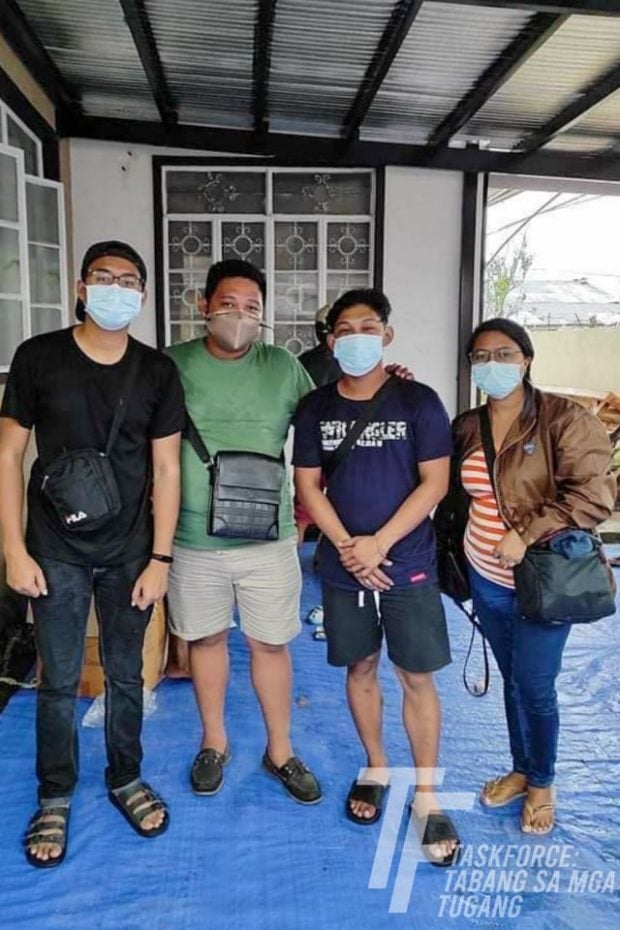 However, the team could not verify who personally donated the box, which contained washed and ready-to-wear used clothes, mosquito nets, and blankets. The relief operation intended for the victims of Typhoon Rolly is being led by young professionals from the third district of Albay who aim to provide aid to the least-accessible communities in the province.

Meanwhile, the National Disaster Risk Reduction and Management Council (NDRRMC) recently recommended to the government the declaration of a state of calamity in the entire Luzon after three consecutive typhoons wreaked havoc in the country.

Those who want to donate in-kind donations to the typhoon victims via Task Force: Tabang sa mga Tugang may contact 09519539893, or you may drop off your donations at the Arise and Shine Christian School located at 301 Concepcion St., Barangay Guilid, Ligao City.