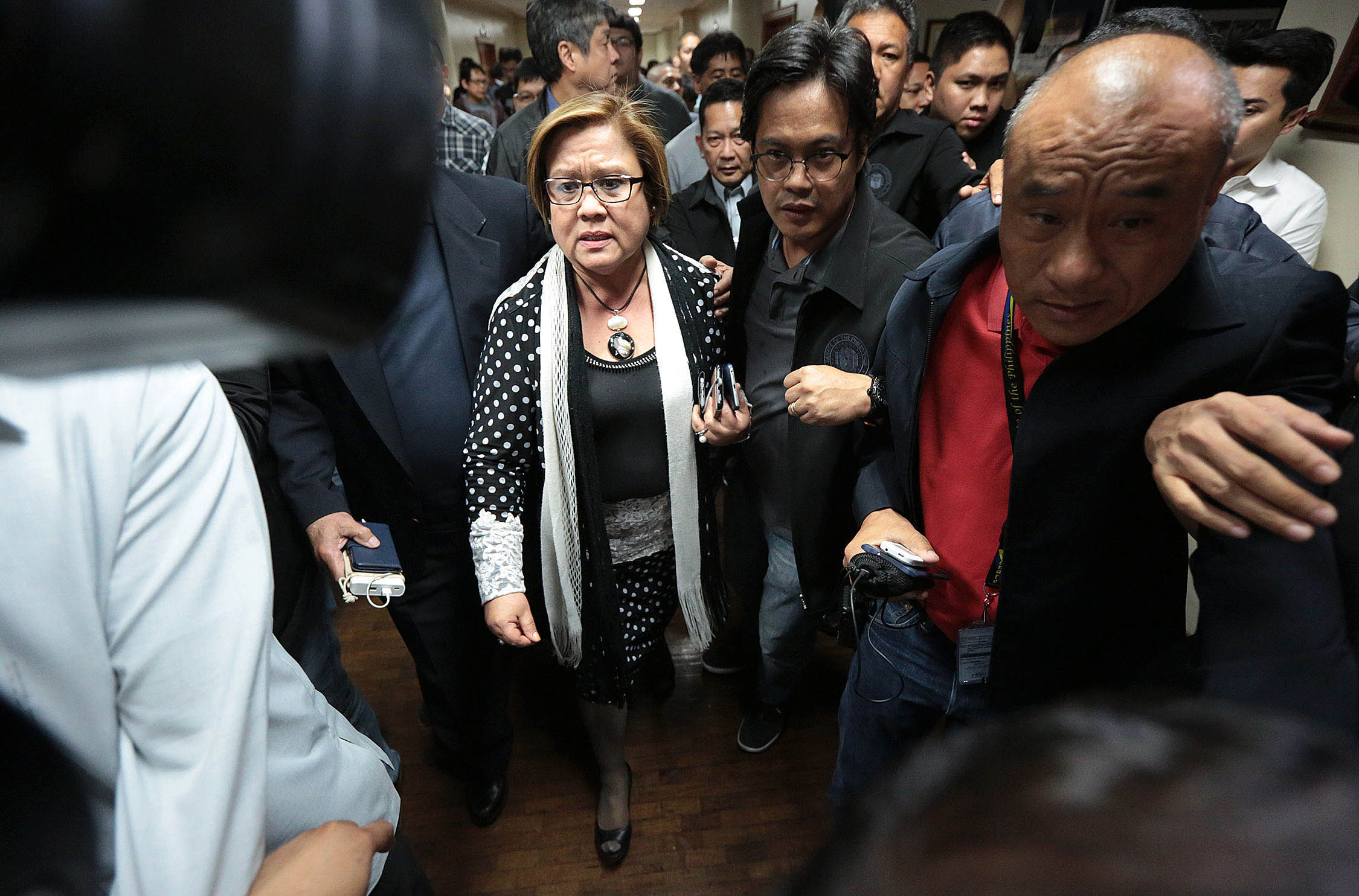 FILE –Senator Leila De Lima walks out of the Sumulong Room flanked by her staff and colleagues after a short press briefing before going home to pack her things and be with her family on Thursday, February 23, 2017.  INQUIRER PHOTO / GRIG C. MONTEGRANDE

(Vicente Sy testified last time and he said he gave P500,000 for the campaign of De Lima in 2012. But during the hearing earlier, Sy said he never funded De Lima and that he did not know the senator.)

Public Attorney Office’s (PAO) Lawyer Rigel Salvador, who was also present in the hearing, disclosed that he had no personal knowledge of the accusations that De Lima was involved in the illegal drug trade at the national penitentiary, Tacardon said.

In addition, Salvador said he only notarized Sebastian’s sworn statement implicating De Lima in the illegal drug trade inside the NBP, which the prosecution claimed was made by the late Bilibid inmate Jaybee Sebastian, who reportedly died of COVID-19 last July 18.

(After questioning Salvador, he admitted that he did not create Jaybee Sebastian’s statement and that his participation was only that he notarized such a statement. He said he did not know the contents of the statements and also if the statements were verified.)

The senator is detained at Camp Crame Custodial Facility over the drug charges, which she said were “trumped up.”

After 3 years in detention, De Lima asks Muntinlupa court to grant her bail