Job loss in New York led him to renew passion for photography, film-making 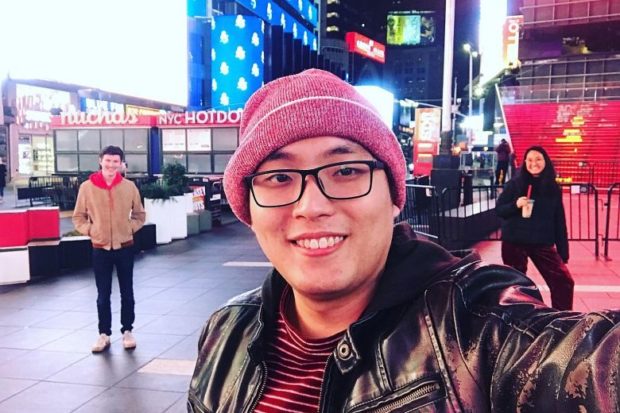 Mr Aaron Kho, who was laid off from his job at a fashion-related e-commerce firm in New York in March, decided to return to Singapore as he felt it was safer here. COURTESY OF AARON KHO via The Straits Times/Asia News Network

SINGAPORE — He called New York home for six years. But that part of Mr Aaron Kho’s life came to an end when the Covid-19 pandemic hit the United States earlier this year.

The 27-year-old Singaporean was laid off in March. He had been a quality manager at a fashion-related e-commerce firm for more than two years.

“Early that month, we noticed that work wasn’t coming in and things escalated quickly,” said Mr Kho, who was one of three people laid off at the firm’s American office.

“It was a mad scramble as New York quickly became one of the epicenters of the pandemic. Many people were fleeing to their home countries. I decided that Singapore was the place I wanted to be as I felt it was safer.”

Mr Kho did not think he would be able to find a new job at that time, as most companies would be looking to cut costs. Over a period of 11 days, he packed his life into three suitcases, settled his rental agreements and flew back to Singapore.

“I would have wanted to stay in the US for a few more months if the pandemic hadn’t happened,” he said.

Out of a job and with the pandemic in full swing, Mr Kho was at first filled with anxiety.

But in the following weeks, a “strange kind of excitement” came over him as he decided to rekindle his passions and pursue photography and film-making full time in Singapore.

“This is what I’ve always wanted to do. But when I graduated in 2017, I chose security and decided to try to earn money first,” said Mr Kho, who has been living with his parents and younger brother since he came back in March.

One of the first projects he worked on since returning involved documenting his recent experience.He made a 60-minute feature film, titled Parachute, detailing his relocation amid the coronavirus outbreak and the days he spent under quarantine.

He has submitted it to the Singapore International Film Festival, which will be held later this year.

Mr Kho said: “The pandemic has been a dampener for everyone, but at the same time, it has also forced us to realign ourselves with what is important. I hope to remain here for the foreseeable future and see where it takes me.”