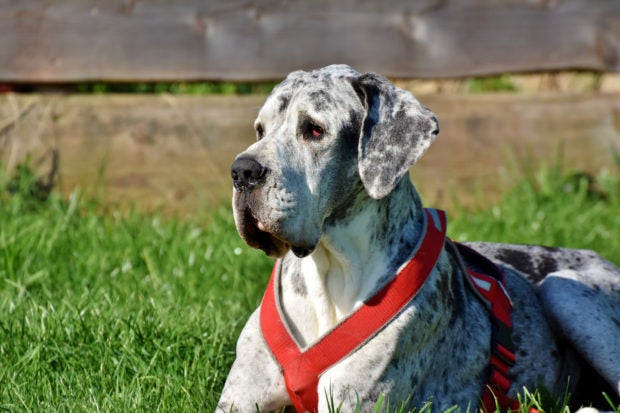 A dog has been credited with saving an Alabama family’s lives after his bark awakened them to a fire that was sweeping through their rental home early Tuesday morning.

The dog, Ralph, “doesn’t usually make a sound at night,” said Derek Walker, who lived in the Birmingham home with his wife and two children, according to AL.com.

So when Walker heard a “different kind of bark” coming from Ralph, a 4-year-old Great Dane, he got up to investigate. That’s when he saw the fire outside the family’s kitchen window.

The blaze had started on a grill and spread to the home, according to Robert Lawson, a battalion chief with the North Shelby Fire Department.

“I just started screaming ‘fire’ to get everybody up,” Walker said. “My wife got up and she got our daughter and got her out.”

After getting their daughter out of the house, his wife went into the home again to get their son. He had been fast asleep while his bedroom was full of smoke. “The fire was right outside his wall,” Walker said. “He wasn’t awake because he sleeps covered with his blanket.”

Walker stepped inside the house to get Ralph, who was in his kennel, and the family’s two miniature pigs.

The hero, Ralph, made it out alive. One of the pigs also got out but the other, Pearl, died.

The home has suffered heavy fire damage and most of the family’s belongings have perished. But, they are thankful for the furry member of the family.

“Without Ralph, I don’t think we would have made it,″ Walker said. RGA