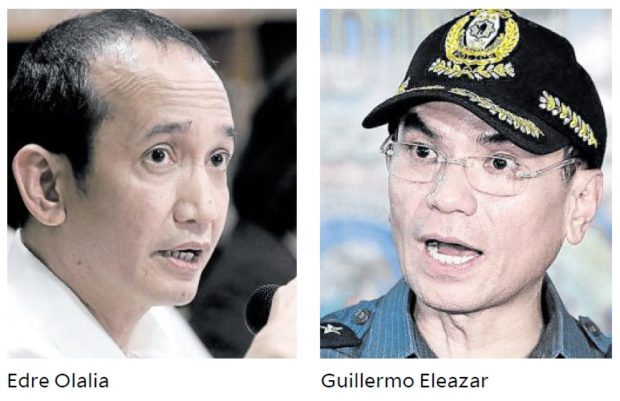 MANILA, Philippines — Human rights advocates on Sunday criticized the plan of the Philippine National Police to monitor social media posts and pursue quarantine violators, warning that this would violate constitutional and privacy rights, especially without legal authority given by the courts.

Eleazar said he had instructed all police commanders and their men to conduct what would amount to an online patrol to find violators of quarantine rules.

In response, the Commission on Human Rights (CHR) said that while the right to privacy was not absolute, any interference or surveillance “must be subject to the standards of necessity, legitimacy and proportionality.”

“Otherwise, violation of these standards, especially if not founded on legal measures, may lead to offenses against the people’s rights. This is a scenario that we wish to avoid, noting that we look upon the police as law enforcers and not as the first ones [to] breach laws,” CHR spokesperson Jacqueline de Guia said in a statement.

For Edre Olalia, president of the National Union of Peoples’ Lawyers, the online police monitoring may be a “valid and well-intentioned idea,” but this could be abused.

“To start with, the premise is wrong. The narrative [of a hard-headed citizenry] is inaccurate and blown out of proportion. Independent scientific data based on facts and algorithms have debunked this anecdotal demagoguery,” Olalia said in a statement.

He noted violations of health and safety rules “from within the very corridors of privilege and power themselves.”

In May, the chief of the National Capital Region Police Office, Maj. Gen. Debold Sinas, and 18 other police officers drew flak when they celebrated his 55th birthday, violating lockdown regulations at the time.

“Who will they … monitor [anyone] in the first place? Unless they start with … their own ranks, we fear that this move is nothing more than an insidious cover for online policing and mass surveillance,” she said.

On Sunday, Eleazar clarified that police monitoring would be limited to viral photos or videos and reports from concerned citizens.

“We will not invade the privacy of our netizens in posting. What we will monitor are violations like public drinking sessions and parties because these are prohibited and dangerous,” he said in an interview with radio station dzBB.

He said there was a high chance of COVID-19 infection in such activities.

Eleazar said police monitoring would be limited to reports sent in through the PNP’s different existing social media accounts, particularly those on Facebook and Twitter, and viral pictures and videos. “These are what we will act on.”

“We are encouraging reporting to the police, strengthening our barangay reporting system. We can encourage the barangay, the community to report contrary to what some people think that we would be spying on their social media accounts. We do not know how to spy,” he said.

“Clearly we will not invade their privacy. We care nothing for what they do inside their homes with regard to quarantine rules and regulations,” Eleazar said.

—With a report from Jeannette I. Andrade