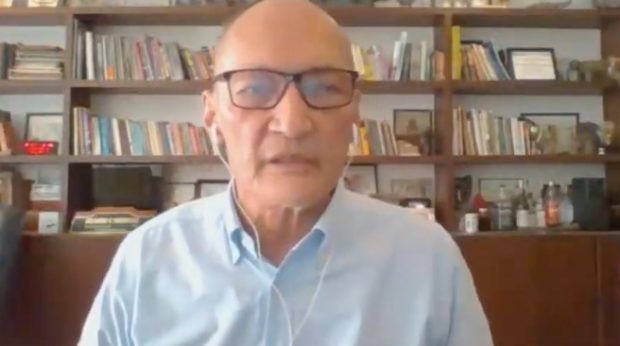 MANILA, Philippines — Philippine Health Insurance Corp. (PhilHealth) president and CEO Ricardo Morales on Tuesday attended the virtual hearing of the Senate on the resumption of its investigation into allegations of corruption in the state-run insurance company, despite earlier filing a medical leave due to his health condition.

PhilHealth executive vice president Arnel de Jesus is also attending the hearing virtually, despite his earlier letter to the Senate that he would not be able to participate “due to an unforeseen medical emergency.”

Over the weekend, it was bared that 67-year-old Morales is suffering from lymphoma and is undergoing chemotherapy.

In a medical certificate submitted to the Senate, Morales had been advised by his doctor to take a leave of absence while he undergoes chemotherapy for lymphoma.

This comes as PhilHealth is subjected to separate investigations of the Senate, the House of Representatives and the Presidential Anti-Corruption Commission (PACC).

President Rodrigo Duterte has also directed the Department of Justice to create a task force to look into alleged anomalies in PhilHealth.

Senate President Vicente Sotto III recently said that Morales’ medical leave will not hamper the Senate’s investigation and the filing of charges against officials involved in alleged massive corruption within the agency.