This farmer used to be a bank manager 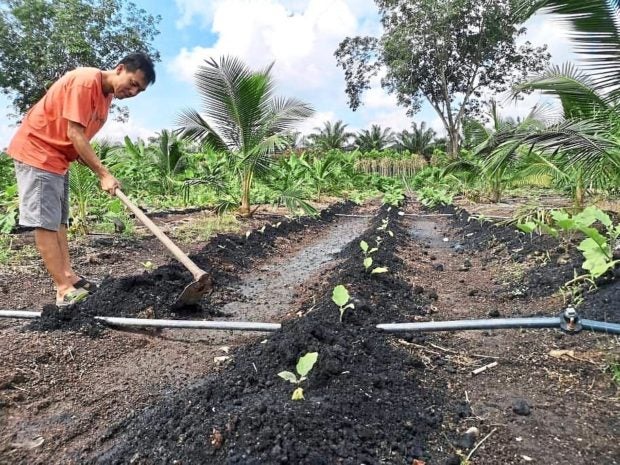 Green acres: Soon had some hard lessons at first but now produces goats, chicken, ducks, fruit and vegetables at his farm in Bakri, Muar. The Star/Asia News Network

MUAR, Malaysia — Despite a five-figure salary, he quit his job as a bank manager to pursue his dream of becoming a farmer even though his knowledge in agriculture is limited.

Kenny Soon We Hong, 38, had been working in the banking sector for eight years when he decided to take the plunge.

The father of three began his journey by purchasing 2.8 hectares of land and planted coconut trees from a grant of 400 saplings given by the Agriculture Department. However, Soon’s venture was not as successful as he had hoped. He was besieged with problems such as a lack of manpower and pest control issues.

“Because there was no fencing on my land, I also had to deal with wild boars eating up my plants.

He also spoke about the steep learning curve after he left the banking sector.

“I am thankful to the Agriculture and Veterinary departments as they have been very helpful in providing courses and tips for free to anyone who wants to delve into agriculture,” he said.

Slowly, Soon’s dream took shape in 2019 and his farm now has 150 goats, more than 200 chickens and ducks, as well as a variety of fruits and vegetables as part of its ecosystem.

On top of that, Soon also employs an environmentally-friendly approach on his farm where he makes compost and reuses animal waste as fertilizer.

“I also work with a canteen nearby to collect excess food, especially rice as animal feed, so it is a win-win situation where we get to reduce waste and ensure a healthier growth in my animals,” he said.

“I am also planning to work with a group of hydroponic farmers soon as an alternative to ensure continuous supply of produce because my crops were all destroyed in a flood a couple of months ago,” he said.

Although the lifestyle he leads now is completely different compared to when he was working at a bank, Soon said he never once regretted his decision.

“I am glad I powered through with the support of my family and friends because I find so much joy and fulfillment in working with my bare hands, with the help of my father and two workers.

“It is also my way of educating my three kids about the simple joys in life and to provide a healthy environment for them to grow up in,” said Soon.