MANILA, Philippines — Senator Panfilo Lacson on Saturday said that the two Philippine Health Insurance Corporation (PhilHealth) officials who will skip next week’s Senate panel probe on alleged irregularities will be on the losing end. 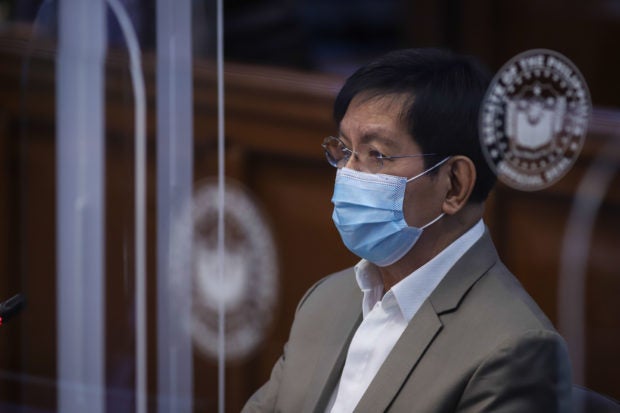 “Their failure to attend Tuesday’s hearing is their loss, not the Senate’s, simply because they won’t be there to respond to new issues to be brought up by resource persons and some new incriminating documents in our possession,” Lacson said in a statement.

PhilHealth president and chief executive officer Ricardo Morales was advised to take a leave by his doctor due to lymphoma.

Still, Lacson said he wishes Morales well in his fight against “the big C.”

“In all sincerity, I join his family in praying for his recovery. It is unfortunate that these new corruption issues have exploded at a time when his health condition is at a low point,” he said.

Similarly, PhilHealth executive vice president and CEO Arnel de Jesus submitted a letter to Senate President Vicente Sotto III that he will not be able to attend the Senate hearing “due to an unforeseen medical emergency.”

The Senate Committee of the Whole is set to conduct a hearing on Tuesday, Aug. 11, to look into widespread corruption allegations surrounding the state health insurer.