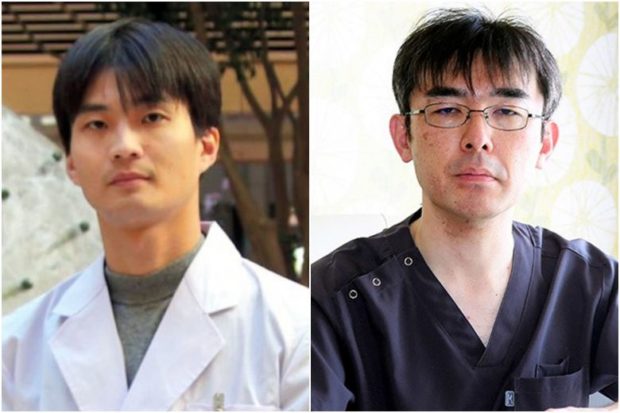 TOKYO — Ms Yuri Hayashi’s globetrotting wanderlust turned into despondence as, over the course of nine excruciating years of living with Lou Gehrig’s Disease, she gradually lost control of her limbs, down to her hands and feet.

The paralysis so horrified the 51-year-old, who had visited countries like Italy, Nepal, the Philippines and the United States, that she chose to pay two doctors to help her end her life.

There is no cure for the disease, also known as amyotrophic lateral sclerosis (ALS).

Ms Hayashi, a former architect, wrote on her blog shortly before her death on Nov 30 last year that she was deeply miserable because she could not move even a finger.

It triggered a debate over euthanasia and “mercy killing”, although Kyoto police and observers have argued that this was clearly a case of murder.

For one thing, neither doctor was Ms Hayashi’s attending physician. She had sought out Dr Okubo, who had likened himself to a manga character famed for putting people out of their misery, on Twitter.

The two men allegedly snuck past one of Ms Hayashi’s round-the-clock caregivers by pretending to be her acquaintances. They allegedly administered a lethal dose of barbiturates and left within 10 minutes.

For their act, Ms Hayashi, who moved out of her father’s home as she did not want to burden him, allegedly transferred 1.3 million yen (S$16,861) into Dr Yamamoto’s bank account.

According to investigative sources, the sum was purportedly offered by Ms Hayashi, who noted that it was about the same as what is being charged by a Swiss group to assist in suicides. Now, Kyoto police are probing the case as a “contract killing”.

Dr Okubo had openly idolized manga character Dr Kiriko, in the series “Black Jack”, who is paid to euthanize those without any prospect of recovery.

He wrote in January 2013 that his dream was to become Dr Kiriko, as he was “well aware of how disconsolate medical care for the aged is by the time I graduated from medical school”.

“I want to make a living by visiting patients across the country and get paid on the spot,” he said in 2018, the same year he was acquainted with Ms Hayashi.

“The optimal solution would be to serve as a wandering doctor like Kiriko, without relying on a particular facility.”

“It’s no sweat for medical workers to snuff somebody out and leave no trace behind,” he once allegedly said.

Criminologist Enzo Yaksic, founder of the Atypical Homicide Research Group at Northeastern University in Boston, told The Straits Times that the perpetrators had likely been drawn to medicine as they “yearn for power over life and death”.

“Medical professionals who administer lethal drugs to alleviate pain convince themselves that they are acting on behalf of the patient and their best interests,” he said.

“But in doing so, they wield immense amounts of power as they decide who dies, at what time, and under what conditions.”

Associate Professor Yasunori Ando of Tottori University, who specializes in bioethics and the study of death, told Japanese media outlet Abema News that Ms Hayashi might have been led on by the two suspects.

“The doctors might have led her to make her decision by insisting that they could help her, and in turn increased her desire to die,” he said. “We need to strengthen social systems such that people with terminal illnesses do not lose their will to live.”

Japanese newspapers were united in slamming the crime.

The Yomiuri Shimbun called such acts that are “just an easy way to hasten death” a betrayal of the Hippocratic Oath.

The Mainichi Shimbun added that it was impossible to justify the murder, nor compare this with previous cases that had sparked debate about euthanasia.

In one landmark case in 1995, the Yokohama District Court had set out four conditions to allow assisted suicide in special cases, in finding Tokai University Hospital doctor Masahito Tokunaga guilty of murder.

These conditions, all of which must be met, are:

– the patient is suffering from unbearable physical pain;

– the patient’s death is inevitable and imminent;

– all possible treatments have been exhausted and there are no alternative remedies to relieve or alleviate the pain; and

– the patient has indicated a clear will to die.

In the case, the patient had been comatose and his wife and son had asked Dr Tokunaga to perform the fatal injection. Only the second criterion had been met.

The Mainichi Shimbun said that in Ms Hayashi’s case: “She was not in her final hours, and the doctors did not treat her.”