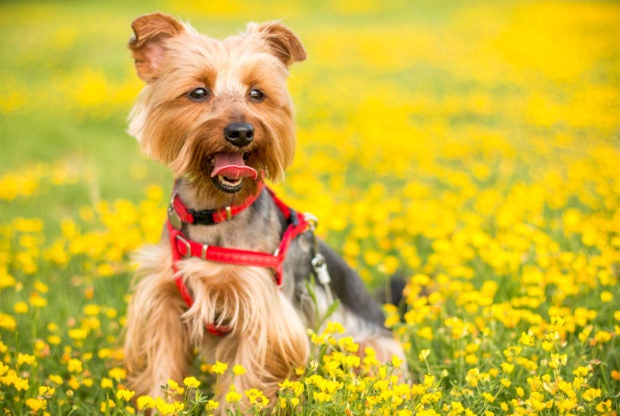 A dog is being hailed a hero after it jumped in front of a rattlesnake, shieldeding its owner from the reptile’s bite.

Devin and Alex Diede were hiking in South Dakota in the United States last Friday, July 31, when the reptile almost struck Alex.

The couple was about to step onto a trail when their 11-year-old Yorkshire terrier named Bear suddenly jumped in between the reptile and his owners, as per Fox-affiliate KEVN on Aug. 4.

Thanks to Bear’s heroic deed, he was able to stop the snake from biting Alex. However, the rattlesnake ended up striking Bear in the chest instead. Devin and Alex only noticed the snake after it had bitten their dog.

“Alex would have stepped on the snake and bit her if Bear had not been there to take the bite,” Devin said in the report.

The couple also noted that the snake only rattled after attacking Bear. Though they had already spotted the reptile, the two were unsure if their pet had been bitten since they could not find any puncture wounds at the time.

Devin also pointed out that Bear did not “yip or back” during the incident.

The pair eventually realized Bear had been struck when they saw that he was not putting weight on his front leg. Upon noticing this, the two immediately rushed Bear to a veterinary clinic.

Alex carried Bear for two miles before they finally reached their car. Once they arrived at the animal clinic, Bear could no longer walk due to his injury.

Veterinarians and technicians then started a blood transfusion to treat Bear, as per report.  They also pointed out that, thankfully, the snake had only left one puncture wound on Bear’s chest.

The morning after, the veterinarians informed the couple that Bear’s bloodwork was fine. Bear was discharged from the center moments later and is currently doing well after his time at the clinic.

“He’s walking around just fine and as happy as could be,” Devin was quoted as saying. “He’s a tough little guy and most definitely a hero.” Ryan Arcadio /ra