A woman became an unlikely hero when she administered cardiopulmonary resuscitation (CPR) to a dog that was drowning in a lake in New York, United States.

Holly Derito was in the area with her two Chihuahuas when the incident happened last Thursday, July 25. 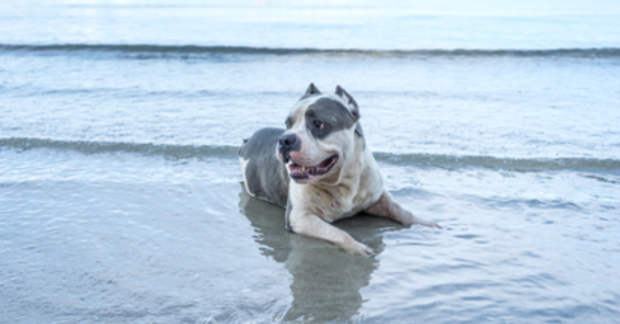 The 46-year-old caught wind of the accident when she heard someone say “Call 911!” and saw a man pull a pit bull out of the water, as per The New York Post last Friday, July 26.

DeRito immediately went to help the dog, a 12-year-old female named Bella, after the man who rescued her from the lake used the Heimlich maneuver to pump water out of the canine’s lungs. She performed “mouth-to-snout” resuscitation on Bella, in an effort to save the dog.

She also noted that Bella’s tongue “was turning blue,” causing her to believe that the animal might not survive.

One of the bystanders in the area called 911 to report the emergency while DeRito and the man administered CPR to the dog. DeRito decided to take matters into her own hands when the emergency hotline said the incident was not an emergency.

“I started putting my hand to her mouth and listen to see if she was breathing, and finally she took a little breath and coughed a little bit and started breathing,” she was quoted as saying.

Bella’s owners, a man and a woman in their 30s, took her to a veterinarian after she recovered from the incident, as per report. Ryan Arcadio/JB