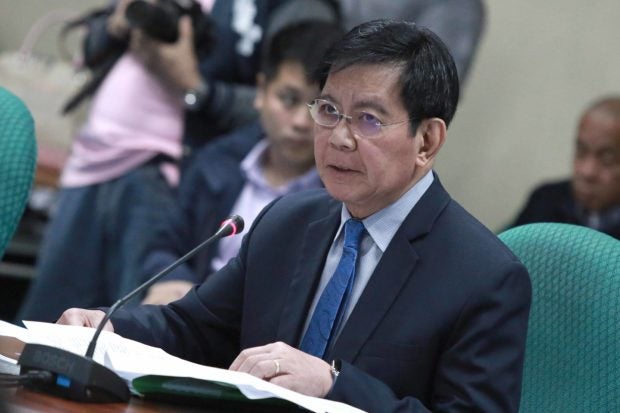 MANILA, Philippines — One of the witnesses of the Senate set to testify against alleged anomalies within the Philippine Health Insurance Corp. (PhilHealth) backed out on last minute due to security reasons, Senator Panfilo Lacson said Wednesday.

On Tuesday, the Senate committee of the whole started to investigate fresh allegations of corruption in PhilHealth.

Speaking with reporters in an online interview, Lacson disclosed that resigned PhilHealth head executive assistant Estrobal Laborte was initially logged in during the video conference but eventually logged out of the online meeting.

(It was a bit disappointing when he suddenly logged out. He was initially logged in but when we were looking for him we learned he was already logged out.)

The senator said he was later informed by his staff that Laborte opted not to participate in the chamber’s hearing due to security reasons, among others.

Lacson said Laborte’s decision to beg off from the hearing would have a huge impact in the Senate investigation.

(This is a big loss. He knows a lot. If he will go all-out, he can say a lot. During his first attempt, he was excited, he really wanted to give it all.)

Lacson added that Laborte had also earlier raised fears that his safety was at risk when he first sought the senator’s audience regarding the alleged irregularities in the state insurer,

(What he told us before, he felt like there are people trailing him.)

According to the senator, a subpoena can be issued to compel Laborte to attend the next hearing into the matter.