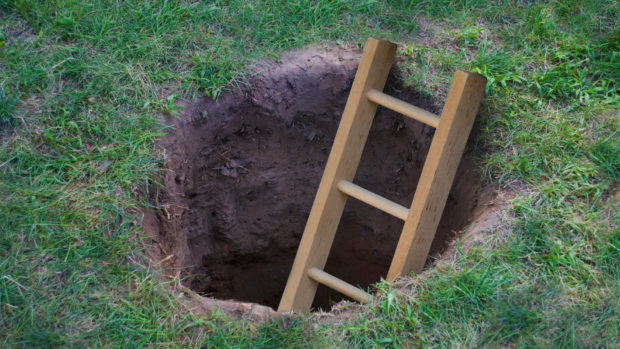 A 51-year-old mother was arrested after she was caught digging a tunnel to free her son from a prison in Ukraine.

The son is currently serving a life sentence for murder in the facility, as per the TV station TSN via Daily Mail yesterday, Aug. 3.

The mother rented a home near the jail in the Zaporizhia region while creating the underground passage. During her stay in the rented house, she dug a 10-foot-deep tunnel using shovels and pickaxes. The passage ran for 35 feet underground and ended just under the jail walls.

She managed to avoid being seen by staying indoors during the day and only digging at night, as per report. She got to the start of the tunnel via an electric scooter.

A prison guard later noted that she used “a kind of trolley” and “a piece of plywood with small wheels” to remove the soil she dug up. The mother then dumped the dirt in a nearby vacant garage.

She had dug up over three tons of soil when she was finally arrested three weeks after she began creating the passage. Following her arrest, a local resident speculated that the mother is probably a miner’s daughter.

“To dig three meters deep would be hard enough,” the resident said. “She had no excavator or anything of the kind.”

Police later found hand tools for digging when they searched the mother’s rented home. The report also said the mother is now facing her own jail sentence.  Ryan Arcadio /ra